For all the Avengers fans out there (especially Iron Man’s), you might want to check this out. Samsung posts its official teaser photo of the special edition Galaxy S6 Edge. 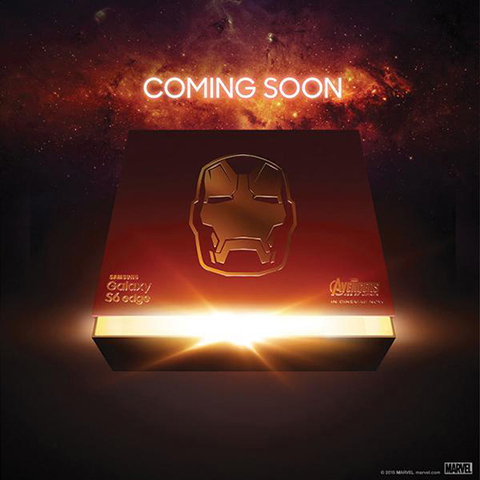 We’ve reported earlier this month that the South Korean company is set to produce new Galaxy S6 and S6 Edge variants that aesthetically feature the popular red suit of Marvel’s Tony Stark. Looks like it will be pushing through since we’re now introduced to the photo of its packaging. Although it’s just a box, we think it’s enough to make fans of the franchise squee for now (I know I did).

The teaser says “Coming Soon” and by that it’s likely to arrive at the end of this month or early June as reported. Excited? So are we.