Smartphone adoption in PH will triple in 2015 says research firm

Smartphone adoption in PH will triple in 2015 says research firm

OnDevice Research, a UK-based research firm that specializes in trends in mobile research, has recently published a report that reflects the current trend in the Philippines and the company predicts that there will be big jump in smartphone usage next year, making our country as one of fastest growing smartphone market in Southeast Asia. 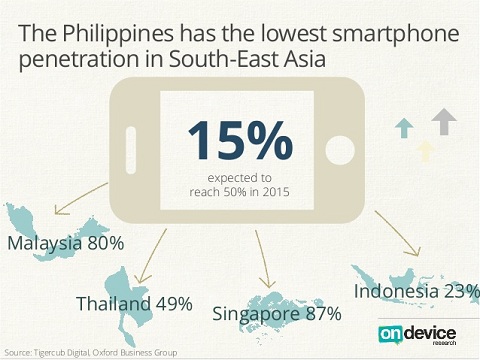 According to the research firm, the predicted growth will primarily be driven by the local smartphone companies whose smartphone offerings only range from $50 – $250. On top of that, OnDevice Research believes that Chinese manufacturers like Huawei, Oppo and Xiaomi will also have a big contribute to the foreseen growth and it won’t be long before Samsung lose its commanding lead in the local smartphone race. 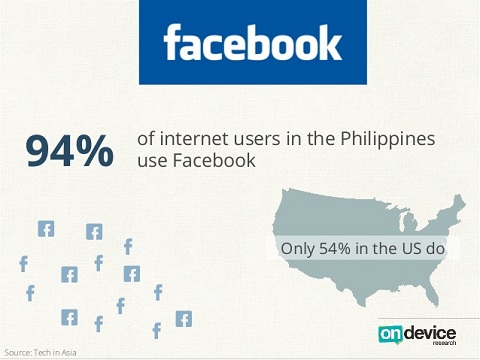 Another factor that may contribute to growth of smartphone use in the country is the fact that most Filipinos are hooked in to social media. According to the data they’ve gathered, 94% of netizens in the country are on Facebook and these people spend at least four hours a day on social media.

With smartphones and tablet, Filipinos can easily stay in touch with their friends and relatives through social media and various chat services. Speaking of which, 82% of the netizens in the Philippines uses Facebook Messenger to communicate on the internet, bigger than both Viber and Skype shares combined.