Sony Philippines today launched two new handsets today — the Xperia Ion and the Xperia Neo L. Of the two, the Sony Xperia Ion is the flagship handset and will retail for Php29,990 when it hits retail stores next week.

According to one Sony Mobile Marketing Manager we talked to, the Xperia Ion that will be released in the Philippine is LTE-capable. However, it supports the 700MHz and 1700MHz frequency while the expected band that will be rolled out by Smart LTE is said to be in the 2100MHz range.

Nevertheless, if you bring this handset in the US, it should be able to run on AT&T’s LTE network (which runs on 700MHz and 2100MHz). 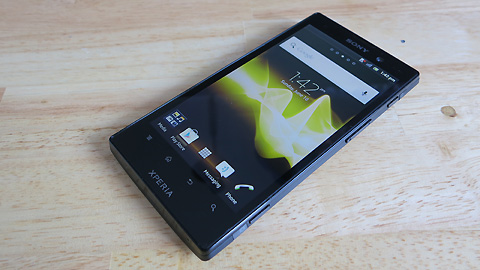 While the released units will still be running Android 2.3 Gingerbread, the ICS update will happen sometime in middle of August.

The units shown to the media today were all running Android 4.0 Ice Cream Sandwich.

You can read our full review of the Sony Xperia Ion here.