When I arrived at home a couple of days ago, I was surprised see two units of the Sony Xperia S waiting for me. The folks from Sony Mobile Philippines sent in a unit and then our friends from Widget City also shipped in a review unit. We’re unboxing both and will be using them in the next two weeks and share with you some results along the way.

I already wrote my initial impressions of the Xperia S over at TechWireAsia (where I contribute on a weekly basis for Asian-related stories) last night but will be adding a few more notes and samples today as I get more hands-on time. 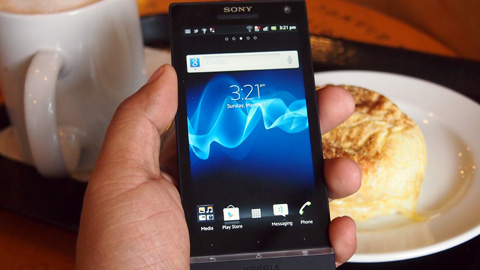 One of the first things you will notice on the Xperia S is the brilliant high-definition display. With a display size of 4.3-inch, the screen resolution is 1280×720 or 720p giving it the highest pixel density we’ve ever seen on any handset at 344ppi, even beating the 326ppi Retina Display of the iPhone 4S.

As such, you get really good picture quality, superb clarity and crispness. You’d definitely notice this when playing HD videos. Sony claims it can display 16 million colors. 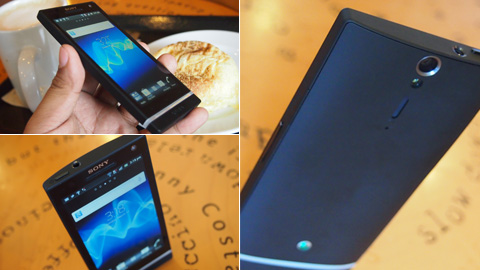 While this flagship device did not come with the quad-core chips that’s being touted by many other manufacturers during the recent MWC, the Xperia S still boasts of a pretty capable hardware configuration that can take on some of the other flagship handsets like the Galaxy Nexus or the iPhone 4S.

What is a bit missing is option for expandable storage via microSD card (built-in 32GB storage) and an old Bluetooth chip. In return, Sony included NFC support and higher capacity battery. The design of the Xperia S got its inspiration from the Sony Bravia HDTV, specifically the HX series with it’s solid, monolithic design (it somewhat resembles a mini Sony HDTV). The body of the handset is flat at the front and curved at the back, similar to the design of the Xperia X10 and actually a little thicker than the Arc S at 10.5mm.

There’s a thin sheet of glass at the bottom, sandwiched by the solid, black polymer. The transparent glass glows white which highlights the etched icons for Back, Home and Settings. Slightly on top are 3 illuminated dots that indicated the touch panel for the Menu. It needs a bit more time to get used to that setup (most of the time, I tap the illuminated glass instead of the dotted panel above it). 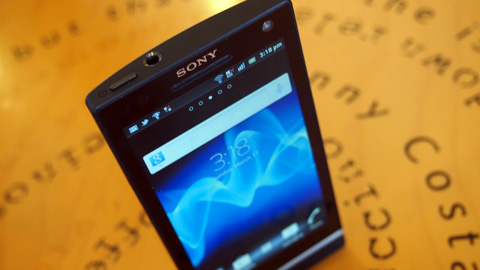 The 12.1-megapixel camera of the Sony Xperia S is probably its best feature — really fast shutter speed, clear and crisp images. The video is equally impressive as well at full HD 1080p. I’ve uploaded some initial samples here but we’ll add more as we finalize this for the full review.

You can check some more raw photos here and we’ll upload a copy of the 1080p video on YouTube later.

Here are some more product shots of the Sony Xperia S.

Sony Mobile Philippines is set to launch the Xperia S after the Holy Week in April.