Huawei has announced their device called the Mate 9, which sports a 5.9-inch display, dual Leica cameras, 4GB RAM, and Android 7.0 Nougat out of the box. There’s another smartphone out there though that sports similar configuration – the LG V20. Want to know which one looks better on paper? Check out our quick specs comparison below. 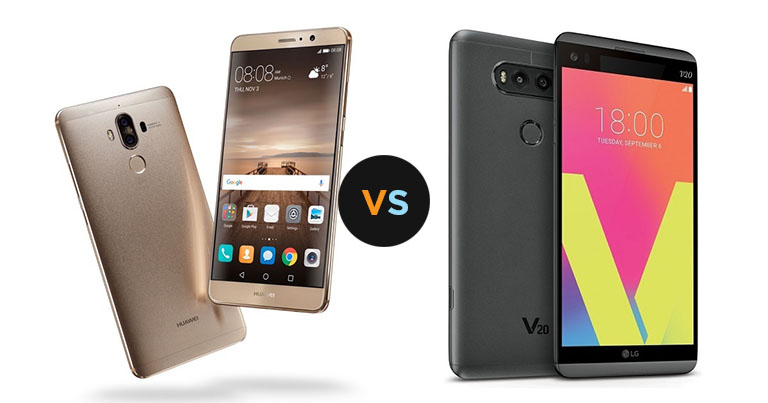 UPDATE (11/8/2016, 9:33AM): The article previously stated that the LG V20 is single-SIM. The V20 in the PH has dual-SIM with dedicated microSD card slot. The article was updated to reflect the said information.

Based on the summary above, the Huawei Mate 9 comes in stronger against the LG V20 in terms of camera specs with higher resolution sensors. In addition, it has a larger battery at 4,000mAh which is appropriate given its specs.

The LG V20, on the other hand, is not to be taken for granted thanks to its dual-screen setup with the primary having a QHD resolution. The dedicated microSD card slot supports up to 2TB cards which are good for those who store tons of media files. Speaking of media, it boasts a Quad Hi-Fi DAC and includes B&O earphones in the package.

What do you guys think? Will you go for the Mate 9 or the V20? Share your thoughts below.