OPPO greeted 2018 with the release of their budget-friendly OPPO A83, boasting a 5.7-inch HD+ display with 18:9 aspect ratio, 3GB RAM, 8MP front camera, and Android Nougat. However, there’s another smartphone with similar specs that also came out early this year, the Meizu M6s. Let’s find out which phone looks better on paper in our specs comparison. 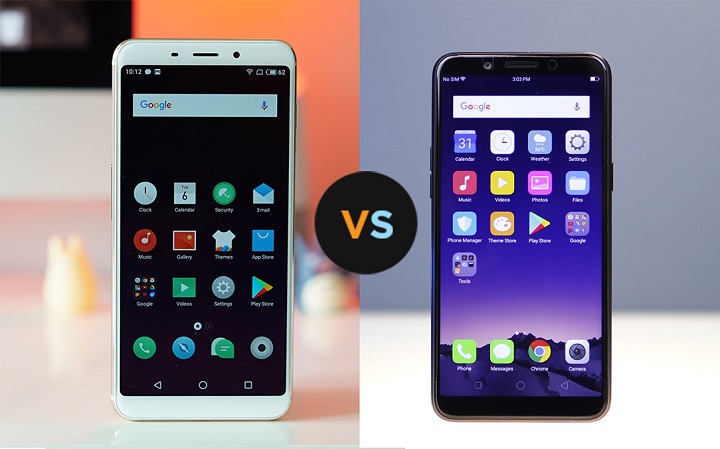 The Meizu M6s has its advantages over the OPPO A83, most notably in the camera department as it has a higher resolution, and in storage as well as it has a 64GB option, compared to the A83 with 13MP rear camera and 32GB storage.

The OPPO A83, though, comes with a dedicated microSD card slot which is a big advantage especially for users who are not fond of the hybrid SIM/microSD setup. Both phones have the same front camera resolution, but the A83 has an advantage in terms of software thanks to its A.I. Beautification Technology.

The Meizu M6s features a side-mounted fingerprint scanner as its biometric security. The OPPO A83, on the other hand, lacks the feature and instead uses a Face Unlock feature. Security-wise, the fingerprint scanner is more reliable so the M6s takes the cake on this one.

The OPPO A83 sports a larger battery at 3,180mAh, while the Meizu M6s settles at 3,000mAh. In our review, the A83 has already proven itself to be power efficient. We’re yet to test the M6s but based on capacity alone, the A83 wins.

The Meizu M6s is equipped with a metal body which makes it more premium and tougher than the plastic A83. That is not to say that the A83 is ugly though as it has a solid body as well with a good paint job that you’ll mistake it for metal. In addition, it is thinner and significantly lighter.

Performance-wise, we’re yet to see the benchmark results of the M6s but we’ll know more about that in our review. Pricing and availability are also yet to be announced but it should come close to the Php9,990 price tag of the A83 if it wants to make a dent in the competition.

Which one do you think is better? The Meizu M6s or the OPPO A83? Let us know in the comments below.