Sony has just announced today the Xperia M5, an Android which the company calls a super mid-range smartphone. It is powered by a MediaTek Helio X10 CPU, 3GB RAM, 4K video recording, and Android Lollipop. But let’s not forget that there’s another contender that sports similar hardware, the Meizu MX5. Let’s pit them against each other in this specs comparison and find out which packs a bigger punch. 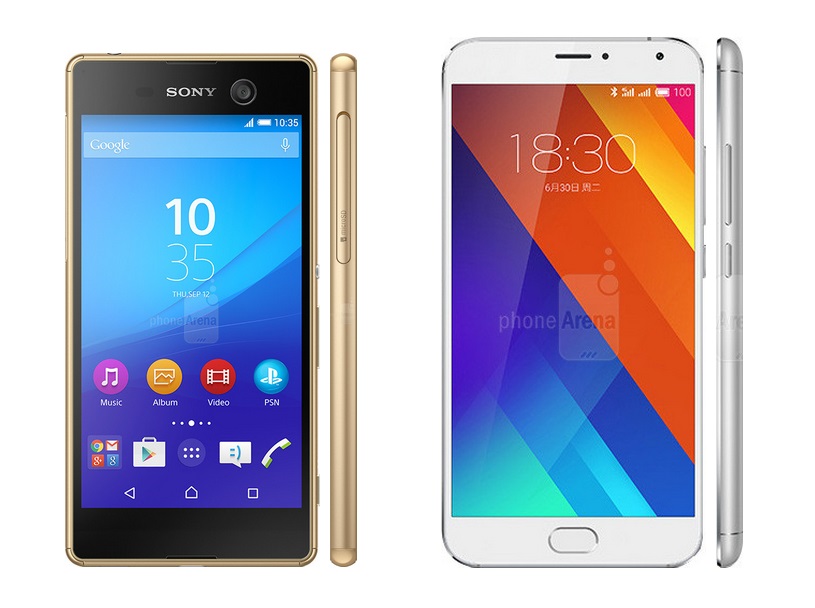 AS you can see, both smartphones pack heavy features especially in the camera department. The Xperia M5 edges out the MX5 when it comes to water and dust protection, camera resolution, support for microSD, and screen pixel density. The MX5, on the other hand, puts its weight on the essentials like Gorilla Glass 3 protection, Dual-4G, and larger battery.