Slowly, a handful of Chinese brands have emerged and are offering tempting handsets that offer great value for your money. The two contenders from our usual specs match-up both hail from China and are poised to appeal to the budget market with their recent launches. We pit Xiaomi‘s Redmi 2 against the freshly-announced Meizu M1, with both having the same price point. See how these contenders fare in this toe-to-toe comparison.

The Xiaomi RedMi 2 featured here is the initial release and not the recently-introduced variant with 2GB RAM and 16GB of storage. 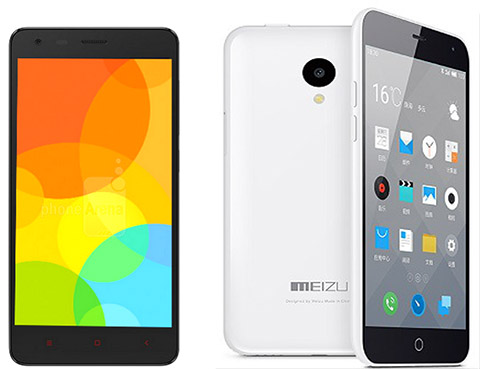 The Meizu M1 proved to have more advantage over the Xiaomi RedMi 2 on paper, although the latter runs on better processing internals both in the CPU and GPU department. Both priced in China at CNY 699 or around Php5K, which would you spend your hard-earned cash on if given the choice?