OPPO’s newest selfie-centric smartphone is scheduled to be launched on February 17, which is still more than a week from now, but it’s already being sold in OPPO stores in Manila. 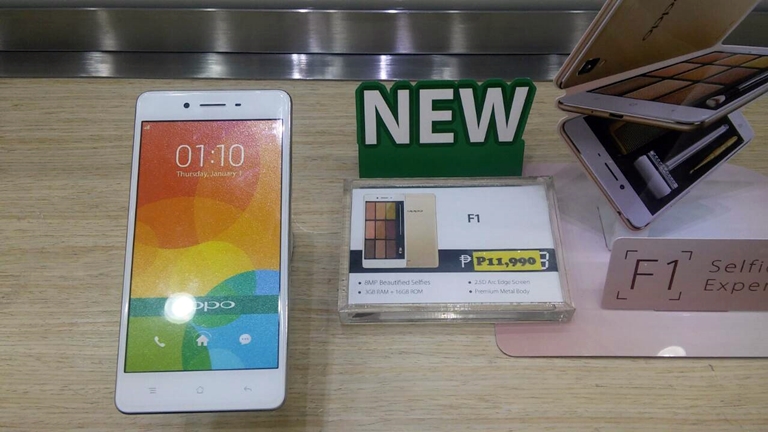 The OPPO F1 is spotted in an OPPO store at SM Light Mall, Mandaluyong.

It’s carrying a price of Php11,990. That’s cheaper than its international price which is roughly around Php14,000.