Canonical started their Ubuntu Edge campaign on Indiegogo 8 days ago and went off with a good start. However, things are starting to slow down and the superphone might not see the light of day if this continues. 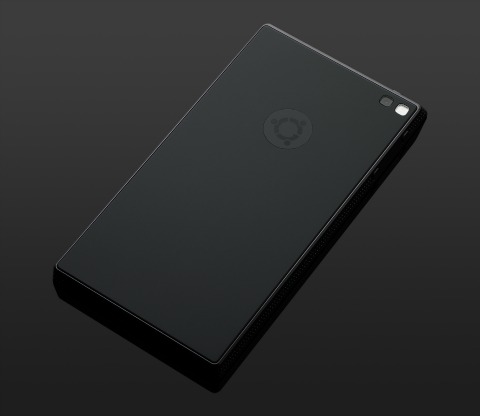 As mentioned in our earlier article, the Ubuntu Edge campaign needs a total of $32 Million in funds in 30 days (July 22 – Aug 21). On average, it has to receive at least more than a million of pledges ($1.067 million to be exact) daily in order to keep things on track. Unfortunately it’s not happening. By now it should have made at least $8.53 Million but currently stands at $7.44 Million at the time of writing. Take a look at the progress graph below:

Although things are slowing down, it’s still too early to conclude that the campaign will fail. We’re really crossing our fingers that it will push through as we believe that this is really great technology. Abe, aka Yuga, even made an Ubuntu Edge pledge last week. (I was told that if things go south, Canonical will do a refund.)

On the bright side, the Edge project still have 22 days to go and a large window to improve. To those who are interested in the technology, Canonical has posted an update and answers to common questions. Take a look below:

What networks are supported?
The Ubuntu Edge is an unlocked device that works in all countries with GSM/3G/LTE network services. For GSM, which covers a lot of countries but not all operators, the Edge will support the 850, 900, 1800, 1900 and 2100 MHz frequencies.

The Edge will support LTE standard frequencies and multi-band support for roaming. Yes, you can use the Edge on Verizon and Sprint.

Will the phone work with my Mac?
Ubuntu Edge can be connected to any laptop via USB and will appear as a mass storage device. You can transfer files as required.

Will there be an Ubuntu app store?
Yes, you will be able to download free and paid-for applications.

Will the Ubuntu Edge be sustainable and/or hardware hackable?
While we will do our best to keep the hardware as open as possible, these are not the main focus of the project in its first generation. Hardware that’s capable of convergence is the priority.

Have you chosen a CPU/GPU?
We have not chosen a supplier or an architecture yet — whether x86 or ARM. The decision will be taken before production to ensure the fastest available components, and will be driven by benchmarking.

Are you going to make a 64GB model?
We firmly believe that to offer a fully converged experience you need 128GB. Cutting down the specs goes against the ethos of the campaign. You can still access cloud storage and external HDD via USB 3.0.

Why is your screen 4.5 inches and 720p?
At 4.5 inches the move from 720p to 1080p brings little noticeable benefit and puts a greater strain on the hardware and battery. We’re more concerned with photo-realistic colours and contrast.

What are you doing with audio?
With stereo speakers and dual-mic stereo recording, adaptive noise cancelling technology, and a solid DSP, audiophiles should have everything they need.