We’ve been trying to source any of the three (3) Zenfone since two months ago and our attempt to get one from a recent visit to Thailand was unsuccessful. Fortunately, there were a lot of stocks in Taiwan last week during our visit there so we managed to get the Asus ZenFone 5 right away. 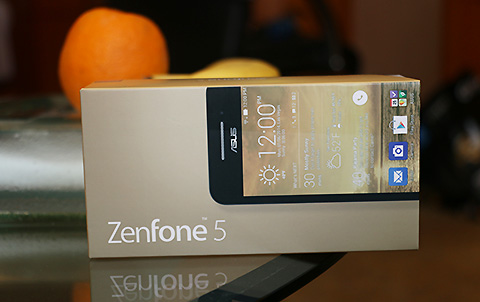 We’ve seen the new ZenFone line-up as early as January during CES in Las Vegas, and then again at MWC in Barcelona in February so we pretty much know how they look like and how they feel.

Then, last week, Asus also announced another version of the ZenFone 5 with a Snapdragon 400 and LTE. 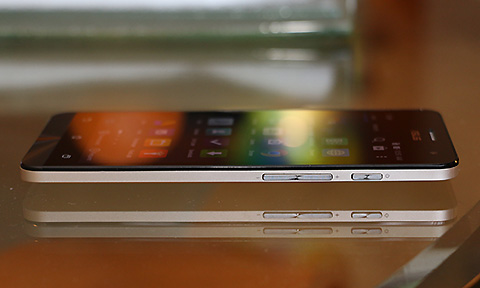 We were initially contemplating between getting the ZenFone 5 and the ZenFone 6 but ended up with the ZenFone 5 because it was more to our liking (right size and more affordable).

The handset came in black, white and gold with a special red variant which is more expensive. We picked the gold one instead. 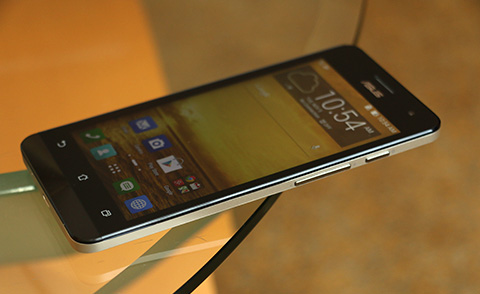 The handset feels slightly large and heavy for its 5-inch display. It’s also a bit bulky and measures 10.3mm at its thickest point.

The ZenFone design is similar to the PadFone and the Zenbook with its metallic finish, especially at the back. That, despite the fact that it’s just made out of some fine polycarbonate, the paint finish is pretty convincing. 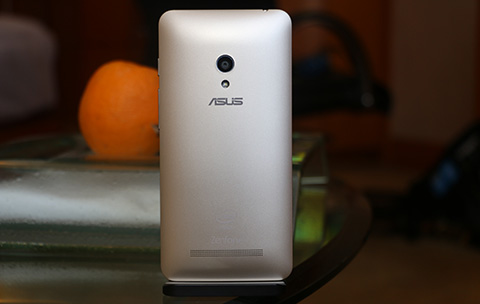 Perhaps, if we need to nitpick, our only issue with the front panel is that there are a lot of un-used space and the size of the bezel is less than ideal. This gives the ZenFone 5 a larger-than-usual profile for a 5-incher. 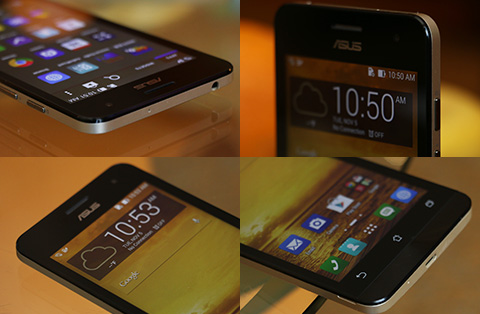 We liked that concetric pattern at the lower corner of the front panel just below the soft keys. They remind us of the Zenbook laser-etched engraving from the earlier generation Asus ultrabooks. 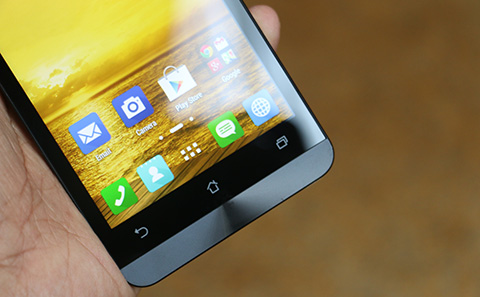 And for a sub-10k smartphone, the ZenFone 5 has a pretty impressive configuration. The variant that we got has a 16GB internal storage and 2GB of RAM although the lower variant only has 8GB storage and 1GB RAM.

We’ll see if that 2,050mAh battery can last us the whole day in our bench test. 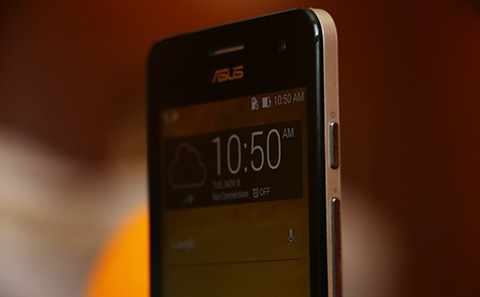 The ZenFone UI looks fresh and simple, has a flat UI design and familiar interface. It’s one of the nicest UI we’ve seen around and based on our short use, it’s very snappy and responsive. 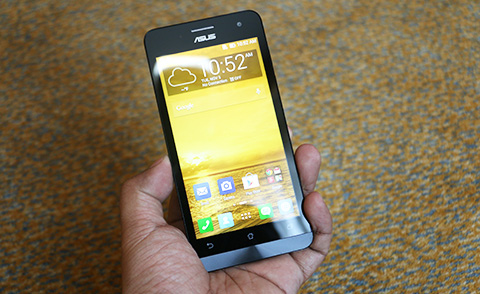 As for the pricing, here are the most common retail prices we’ve seen in stores in Taipei. 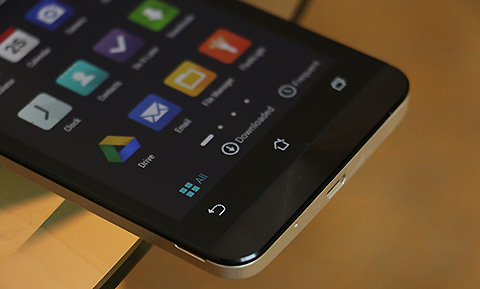 We’re hoping that once Asus finally releases the ZenFone line-up in the Philippines, the suggested retail price is very near the ones listed above.