Vertu, a British manufacturer of luxury mobile phones, has introduced a new Bentley-inspired feature phone with a price tag of more than Php1 million – the Vertu Signature for Bentley.

The Vertu Signature for Bentley is the company’s new phone to carry Bentley Motors Limited’s branding. The other one was the Android KitKat-powered Vertu for Bentley which was launched last year and costs more than Php700K. 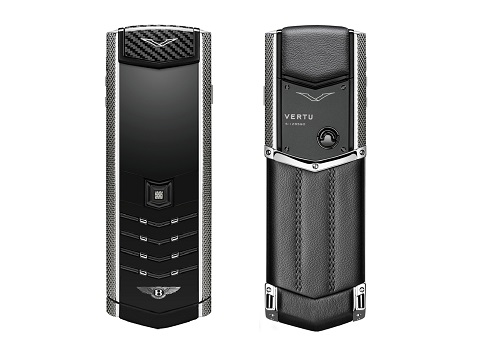 The new Signature for Bentley is inspired by the Bentley Mulsanne Speed sedan. Do note that this is not a smartphone and most likely powered by the Series 40 OS like the original Signature. On the bright side it sports Beluga Black calf leather, sapphire crystal keypad, and a titanium Bentley emblem. Add to that Vertu’s exclusive services like Vertu Dedicated Concierge and Vertu Life.