Vivo Philippines officially launched its only entry-level smartphone that carries an octa-core Snapdragon processor — the Y55. It categorizes itself as sort of a selfie-centric phone with its Smart Screen flash and is attractively priced at Php7,990. Let’s take a quick look at its physique and see what it has to offer. 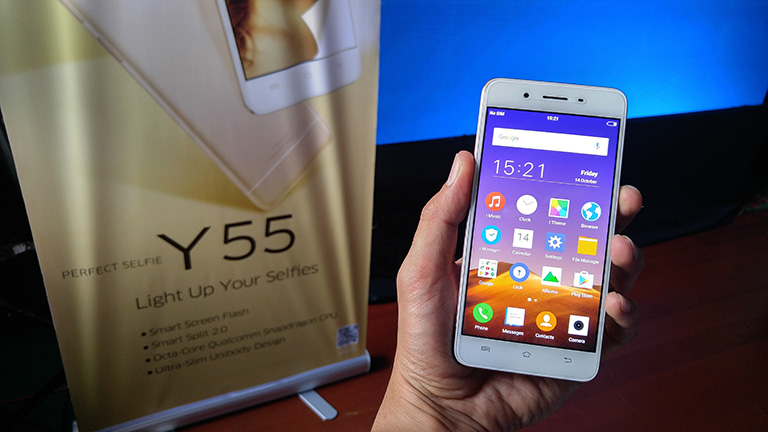 The Y55 sports a 5.2-inch IPS display with good viewing angles. It is also fitted with an HD panel (1280 x 720 pixels) and a glass that smoothly wraps around the chassis thanks to its 2.5D treatment. Up top is the usual front-facing camera with a 5-megapixel resolution next to the speaker for calls. 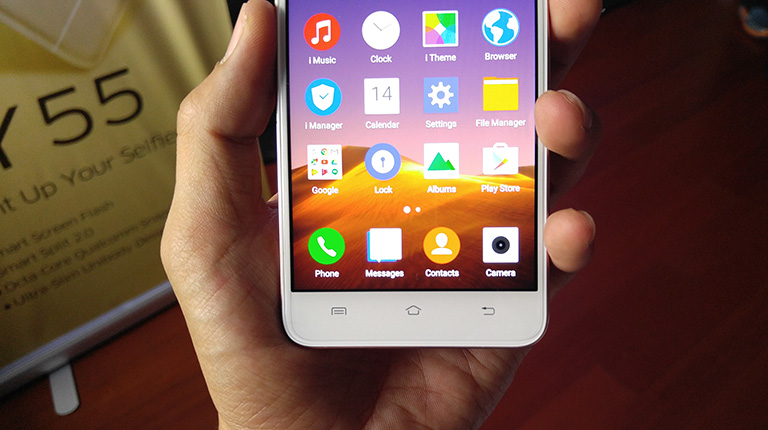 It implements a trio of capacitive buttons which are unlit and a fairly noticeable bezel surrounding the display. On the hand, it has a good feel and provides a decent grip due to the curvature of its body. 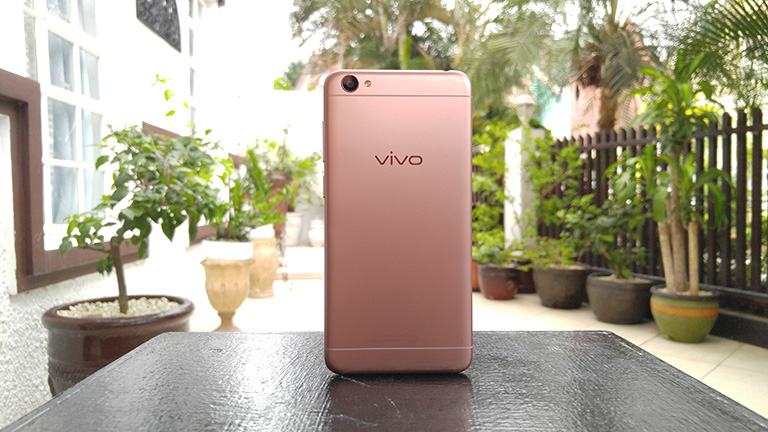 Turning it on its back, we have the branding proudly arranged to be easily seen and the 8-megapixel main shooter squeezed to the upper left edge. There are also two antenna bands seen here to allow signal to pass through. Apart from that, the unibody design and finish of its rear makes it look like a mid-high end device and is far from appearing cheap. It actually resembles the OPPO F1s with the placement of its camera, flash, and the segmented back. 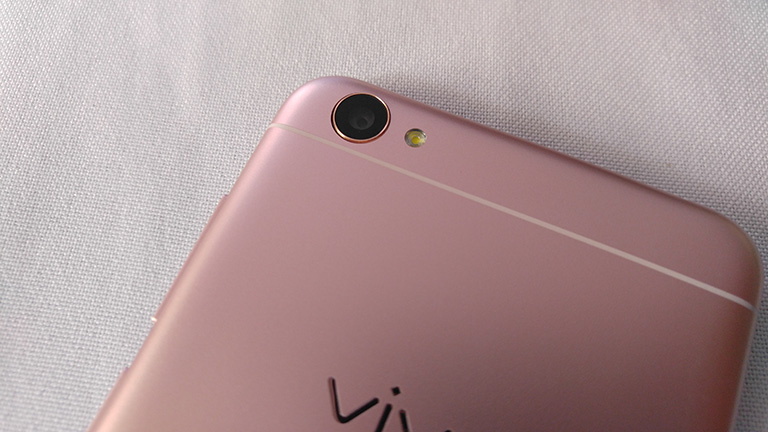 The rear camera is accompanied by a single LED flash to aid when shooting in low-lit areas. 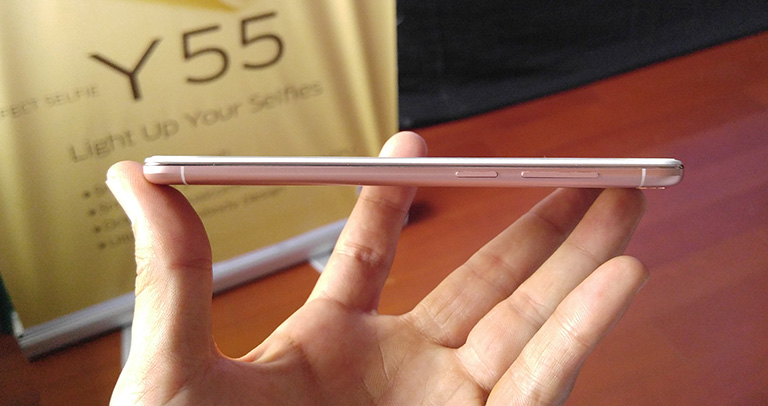 The right side features the physical volume and power/lock screen buttons which are easily accessible by the right thumb. 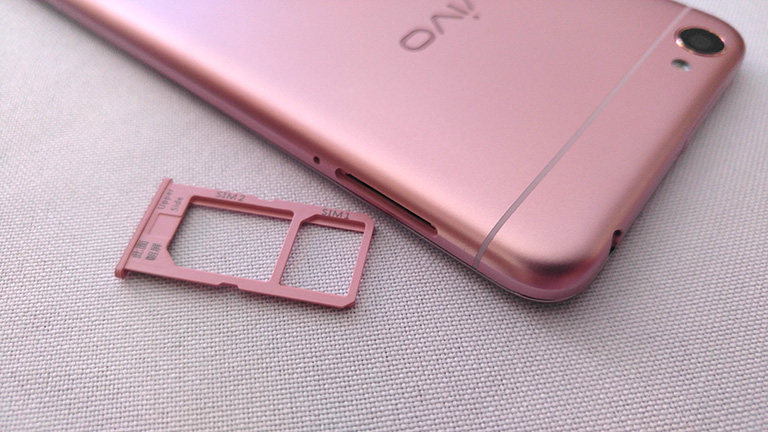 Meanwhile, on the left, we have the SIM tray that houses two SIM cards (nano/micro). 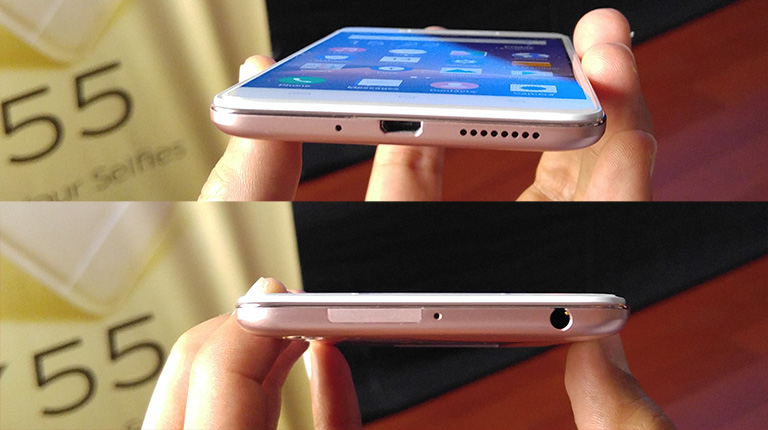 The bottom houses the microUSB port for charging and transferring files. This is also where the speaker grille situated as holes lined up beside the USB port. 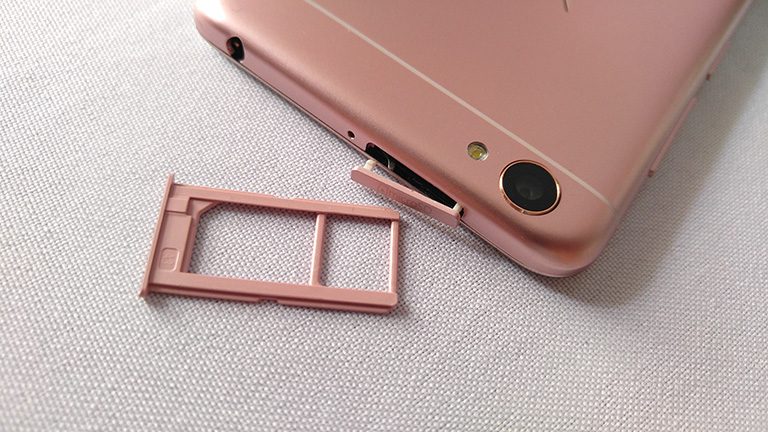 Up top, there’s the 3.5mm audio jack for connecting headphones. What’s unique about this phone is that apart from its SIM tray, it has an additional tray that houses only the microSD card for expanding the storage. So now, users can have two SIM cards and have another microSD for their files — unlike the usual hybrid setup where you had to give up one or the other. 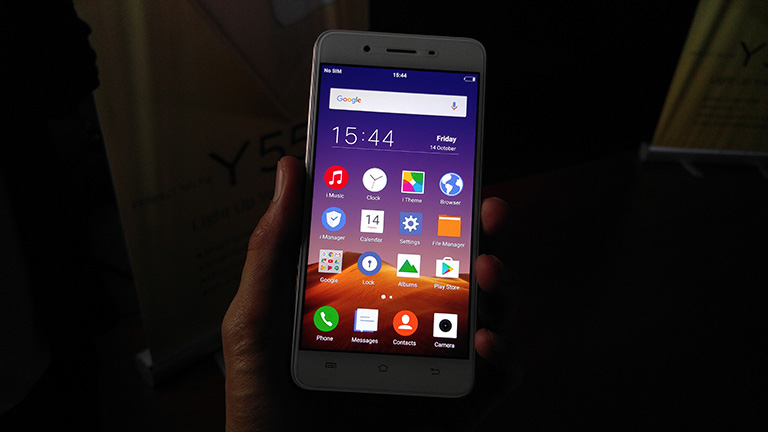 The Vivo Y55 runs on Android 6.0 out of the box and is overlayed with the company’s FunTouch OS 2.6 that boasts the Smart Split 2.0 for activating its dual screen mode when someone sends you a message. Specs-wise, it has a capable Qualcomm Snapdragon octa-core processor, 2GB of RAM, and 16GB of expandable storage.

It will be available for purchase starting October 28 and we’re already working on the full review so stay tuned for that.