Samsung Galaxy S6: What To Expect on March 1

Samsung Galaxy S6: What To Expect on March 1

We’re all expecting the next Galaxy very soon at Samsung’s Unpacked event at the MWC week, but what will it bring us exactly?

There have been lots of leaks and teasers from Samsung already since their last device launch, and the image is starting to become clear. However, there’s a gap in consistency – all of the leaks point to a very conservative and traditional metal redesign with flat surfaces, while Samsung’s own teasers say that the device’s display will curve on the sides. This leads everyone to speculate that there will be two devices launching soon – the Galaxy S6 and the Galaxy S6 Edge. 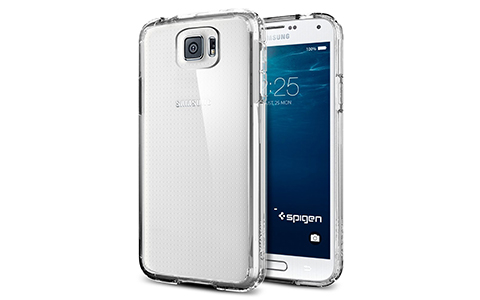 Regardless if there are two devices or one, we’re still expecting very much the same devices only with varying designs.

As you can see above, the specs are a vast improvement over the Galaxy S5 and still quite a bit over the Note 4. Notice however that there’s a chance we won’t see micro SD card expansion here because Samsung is deciding to create a slimmer metallic profile for their flagship phone. All the leaked images also removed the flap covering the ports, so we might not see water-resistance carrying over from the Galaxy S5, but we’re still counting on it.

Tomorrow, metals will flow.
Beauty will be powerful.
Borders will disappear.
Reflections will be free.
Colors will live.
The future will be the present.

If you watch the teaser above, you will pretty much get an idea of what Samsung is teasing. There’s definitely going to be metal; say goodbye to plastic. The company is also boasting power, beauty and a seamless design with no borders (curved). Finally, we’re expecting a anti-reflective Super AMOLED display.

Reading closer into the rumors, you’ll find that TouchWiz is also going to change to be a lot better and faster. We’ll wait to see how that turns up to be, but if all things prove to be true, then the complaints of “cheap Samsung plastic” and TouchWiz will go away – and we’ll be left with one or two focused and well-positioned Samsung smartphones.