Two of the most prominent smartphone maker in China battle it out in the flagship category, each sporting the top chipsets from Qualcomm and Mediatek — the Meizu MX4 and the Xiaomi Mi 4.

The reason why we’re pitting them against each other is because of one simple fact — both handsets, despite of their gargantuan hardware specifications, are priced at less than half the SRP of most other flagship smartphones of other global brands. 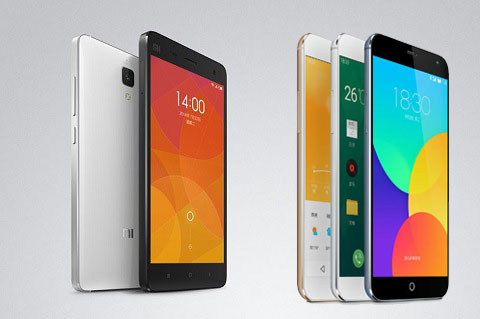 Based on the hardware configuration alone, we try to stack one against the other and tally the points.

While we cannot categorically determine whether the Mediatek MK6595 with its octa-core processor is better than the quad 2.5GHz Snapdragon 801, Mediatek’s 47,233 Antutu score for the MK6595 breaks the record of any chip we’ve seen before.

It’s a close fight, that’s one thing we can agree on. Perhaps, if they’re too close to each other, the final determining factor might be the design and form factor.

+ the advantage of meizu mx 4 has Corning Gorilla Glass 3 base sa http://www.gsmarena.com/compare.php3?idPhone1=6627&idPhone2=6518

Correct me if im wrong, pero i think meizu is dual sim? That would be a big factor too

*facepalm*
oh man how i wish you could just simply shut up.
let alone your first line tell your point to save yourself from…further embarrassment…
but this was a little too late tho.
you can start asking yourself why and search for what the man above me tried telling you.

instead of mocking just give us your point.