Xiaomi Redmi 8A vs Redmi 7A: What's changed?

Xiaomi Redmi 8A vs Redmi 7A: What’s changed?

Xiaomi has unveiled the Redmi 8A, a successor to the entry-level Redmi 7A. With its larger display and better aesthetics, let’s see if it’s a worthy upgrade from the 7A. 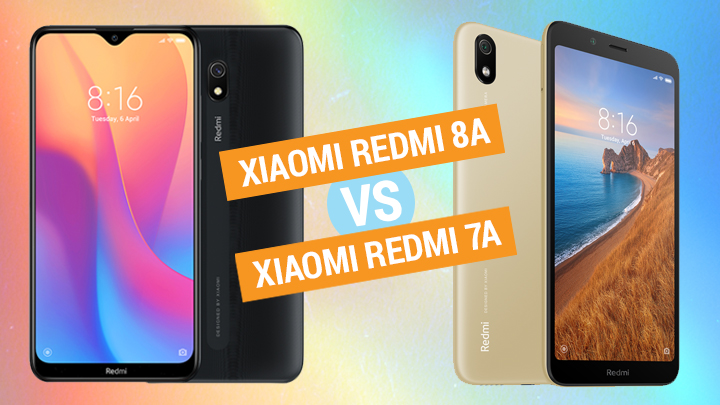 Compared to the 7A’s 5.45-inch display, the 8A now has a more extensive panel measuring at 6.22-inches. As the screen is larger, the 8A also has a higher taller resolution at 1520 x 720, compared to the 7A’s 1440 x 720. Both smartphone displays are protected by Corning Gorilla Glass 5. The 8A’s overall look is also an improvement from the 7A, as it now sports a drop notch display, in contrast to the 7A’s display with thick top and bottom bezels.

Snapdragon 439 powers up both devices which is the standard for entry-level devices nowadays. They differ in their RAM offerings with the 7A having a single offering of 2GB  while the 8A adds a 3GB RAM offering on top of the 7A. For storage, the 8A only has 32GB, compared to the 7A’s 16GB and 32GB options. When it comes to storage expansion, the 8A edges out the 7A by upping the amount up to 512GB instead of just 256GB.

A 12MP shooter is  equipped on the rear of both handsets. Front-wise, the 7A has a 5MP camera, while the 8A levels it up by bringing an 8MP selfie shooter. The 8A automatically wins this round, but of course, we’re still unsure if that higher resolution translates well in its photo quality. Both smartphones also have face unlock as their primary biometrics.

The 7A is stuck in the past with its micro USB port, while the 8A ditches that entirely for a USB-C port. The two handsets possess a 3.5mm headphone jack, so wired headphones users need not worry about that disappearing just yet. MIUI 10 on top of Android 9 Pie also runs on both smartphones as their operating system.

Even if the 7A’s 4,000mAh battery is already large enough, Xiaomi has beefed up the 8A with an even more massive array at 5,000mAh. The 8A also now has 18W fast charging support, which the 7A didn’t have.

Looking at it, while the 7A and 8A both run on the same processor, the 8A improves almost everything about the 7A. The sizeable display, more modern look, RAM options, bigger storage size expansion, better front camera resolution, USB-C port, and the heftier battery are definitely more than worth the upgrade.

Xiaomi has yet to announce if the Redmi 8A will make it to the Philippines but seeing as the company launched the Redmi 7A in the country last July, here’s to hoping that they do. Will you go for the Redmi 8A? Let us know in the comments below!