Apart from the screen size and internal hardware configuration, both the Nubia Z9 Max and the Z9 Mini are virtually identical to each other. 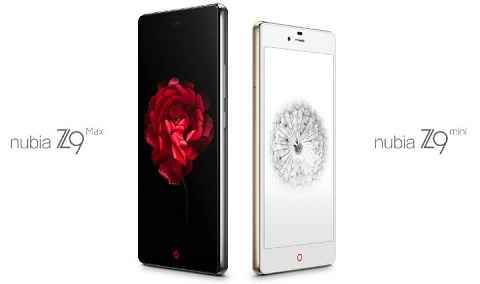 Both of these newly-announced glass-backed handsets from ZTE sports a 1080p display, an expandable 16GB internal storage, a 2900mAh non-removable battery pack, and a similar camera setup which includes a 16MP shooter at the rear and an 8-megapixel front-mounted camera. Lastly, both the Nubia Z9 Mini and its bigger brother runs on a skinned version of Android Lollipop.

As far as contrasting features are concerned, the Nubia Z9 Max has a 5.5-inch display and runs on a Snapdragon 810 octa-core processor with 3GB RAM, while the Z9 Mini sports a 5-inch screen and is powered by a Snapdragon 615 with 2GB of RAM. 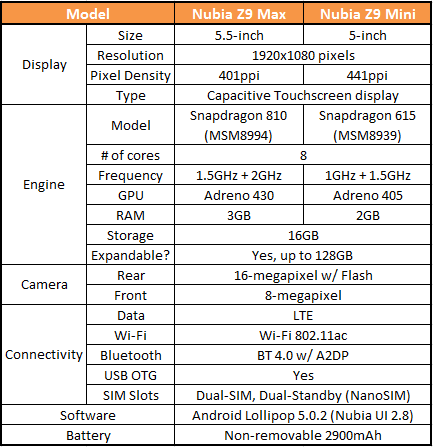