Acer announced earlier  at IFA 2017 in Berlin, two new additions to their Predator lineup of gaming products. A gaming mouse, the Predator Cestus 500, and a pair of gaming headphones, the Predator Galea 500. 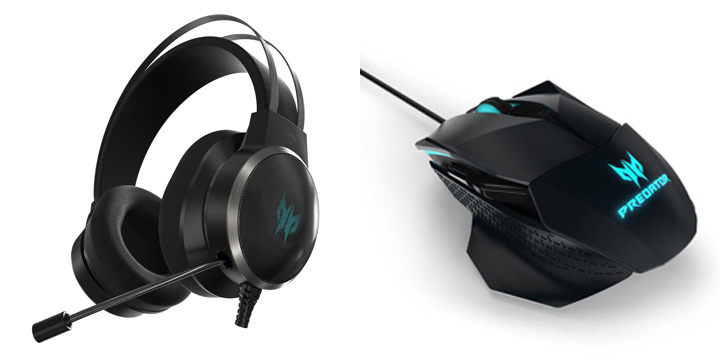 The Acer Predator Cestus 500 features an ambidextrous design, and has a dual switch design (50m/20m) which allows users to adjust click resistance depending on their gaming needs. It also has 8 programmable buttons, on-board memory to save gaming profiles, 16.8 million RGB lighting, and a gold-plated USB connector.

The Acer Predator Galea 500 on the other hand, is a gaming headset that has a 7.1 virtual surround sound system and a biocellulose driver with rubber surround sound. For a truly immersive gaming experience, the headset features TrueHarmony with a 3D Soundscape, which can detect the orientation of the user’s head. A unidirectional microphone is also included as part of the headset.