The Amazfit GTR 3 Pro is the most advanced among the three. It features a round chassis made out of aircraft-grade aluminum alloy and a 1.45-inch Ultra HD AMOLED display with curved glass. It boasts up to 1,000 nits of brightness, a 70.6% screen-to-body ratio, and 331 PPI. It also comes in two versions: There are two versions – Brown Leather with a light gray body and a brown leather strap and Infinite Black with a dark gray body and a black fluoroelastomer strap. 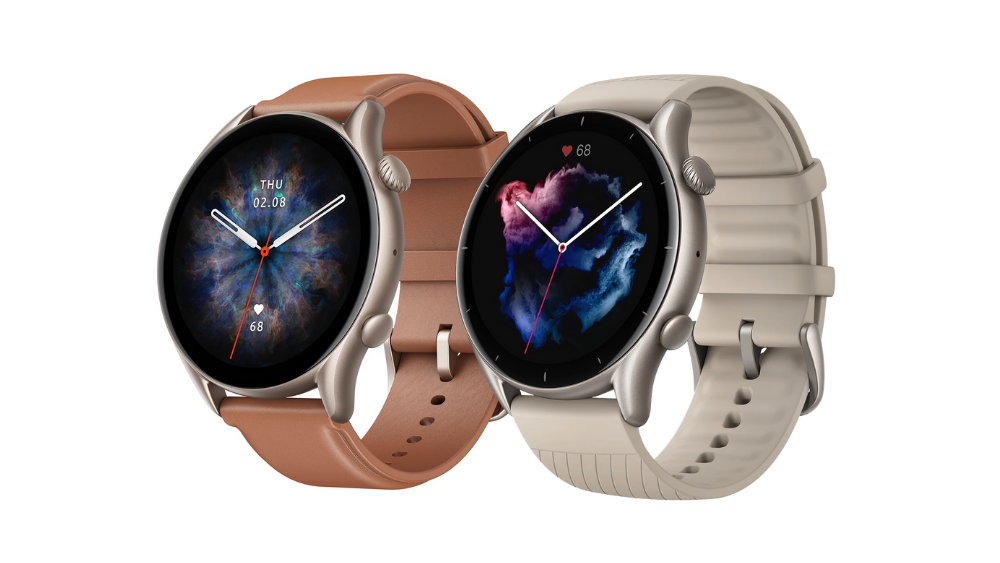 In addition, it has over 150 watch faces, all of which have a matching Always-On Display mode. The watch faces include 15 animated watch faces and 23 editable ones.

As per Amazfit, the GTR 3 Pro could last up to 12 days from a single full charge with typical usage. Moreover, the watch has a microphone and a speaker built-in, which allows you to answer calls.

On the other hand, the Amazfit GTR 3 sports a slightly smaller 1.39-inch HD AMOLED display with the same aluminum body design as the Pro model. It also has a slightly thicker bezel with a screen-to-body ratio of 66%. It is available in Thunder Black and Moonlight Grey, both with silicone straps. 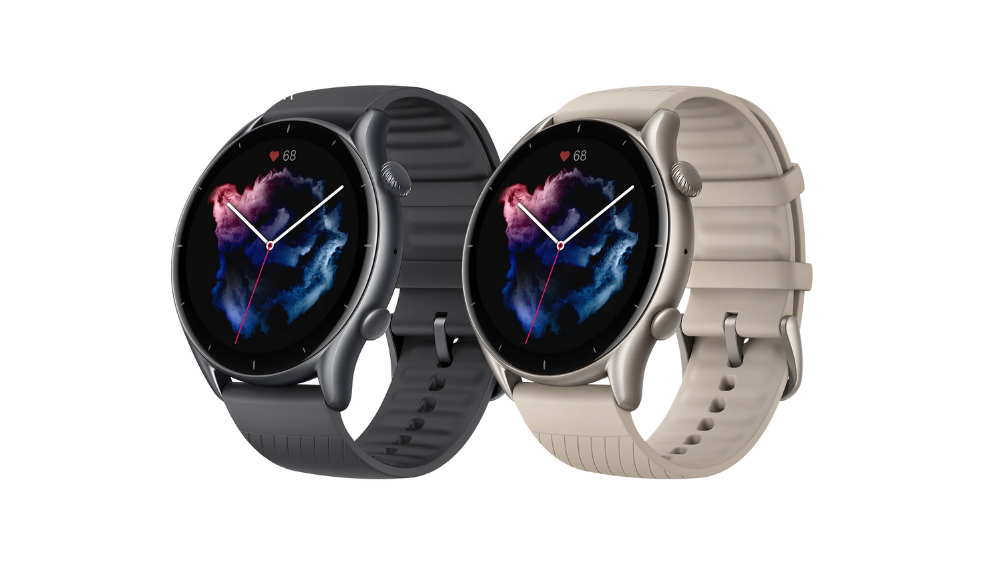 The GTR 3 has over 100 watch faces, all with an Always On Display mode version. Amazfit claims it to last up to 21 days with typical usage.

Lastly, the Amazfit GTS 3 boasts a 1.75-inch rectangular Ultra HD AMOLED display with 341 PPI and a 72.4% screen-to-body ratio. It also comes with up to 1,000 nits of brightness and Always On Display mode like the other two. Additionally, it is available in three color options: Terra Rosa, Ivory White, and Graphite Black. It has a battery life that matches the GTR 3 Pro at 12 days of typical usage. All device also runs under Zepp OS, has Alexa and Offline Assistant built-in, and achieves a water-resistance grade of 5 ATM.

Both GTR 3 Pro and GTR are now available in the US, while the GTS 3 will be available starting October 20.