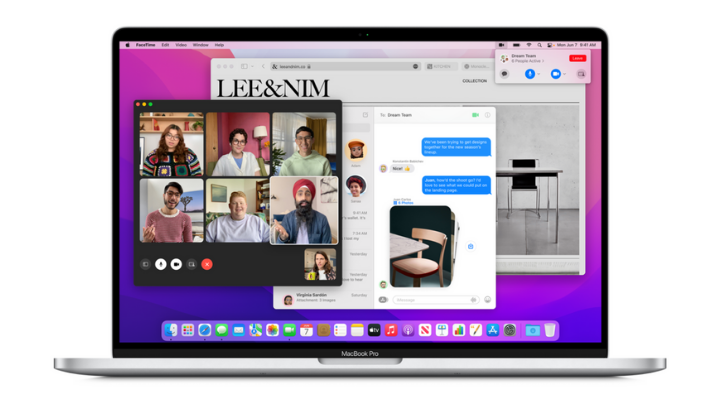 According to Apple, macOS Monterey comes with new ways for users to connect, get more done, and work more fluidly across their Apple devices.

Here are the new features of the macOS Monterey:

•  SharePlay in FaceTime – macOS Monterey also introduces SharePlay for FaceTime. It enables users to access new ways to manage notifications and brings more intelligence to photos and search to access information quickly. In addition, they can watch together, listen together, and share their screen. It also supports other new features such as grid view, portrait mode, mic modes, as well as FaceTime links for scheduling and sharing FaceTime calls. In addition, FaceTime calls also go beyond Apple devices with the ability to create a link from iPhone, iPad, or Mac, and share it through Messages, Calendar, Mail, or third-party apps, allowing anyone to join a FaceTime call from their web browser on Android and Windows devices.

• New Messages features – The links, images, and other content shared with you in Messages are featured in a new Shared with You section in the corresponding app. It also features Photo Collections, in which multiple photos in Messages now appear as a collage or an elegant stack of images that you can flip through. Users may easily view them all as a grid, reply with a quick Tapback, or save them to their library.

• Redesigned Safari – Safari on macOS boasts a new look with a streamlined tab bar. However, Tab Groups allow users to save tabs and easily access them at any time across iPhone, iPad, or Mac.

• Focus – Focus is a new feature that filters notifications based on what a user is doing. Users can set their device by picking from a list of suggested Focus options or create their own.

• Quick Note and Notes – With the new Quick Note feature, users can jot down ideas no matter where they are or what they’re doing on their Mac. They may also put anything in a Quick Note, find it easily, see an all-new Activity view, as well as organize notes with tags.

• Universal Control – Universal Control lets users work with a single mouse and keyboard to move between iPad and Mac for a seamless experience, with no setup required. Users can even drag and drop content back and forth between devices — great for sketching a drawing with Apple Pencil on an iPad and placing it into a Keynote slide on Mac.

• AirPlay to Mac – The power of AirPlay comes to Mac. Users may now share, play, or present content from another Apple device to their Mac. They can also mirror or extend their display for productivity. Additionally, Mac now works as an AirPlay speaker, so users can enjoy the high-fidelity sound when they play music or podcasts from another device. It can even function as a secondary speaker to create multiroom audio.

• Live Text – Mac now lets users interact with text in any image. When clicking an address, it opens in Maps. Users may also call, message, or save any phone number they see. Plus, they can copy and paste just as they would with any other text. According to Apple, personal details and information from images never leave the user’s device.

• Shortcuts on Mac – The shortcuts app automates the things users do most often. It saves time by turning something that would take multiple steps into just one or connecting user’s go-to apps and services together with the Shortcuts editor. Users can also run them from Dock, menu bar, the Finder, Spotlight, or even with Siri.

• Maps – The Maps delivers new ways to navigate and explore the world. It features an all-new city experience, new transit features, and an interactive globe.

• Privacy – Privacy is taken to the next level with new protections, transparency features, and controls. Plus, the Control Center lets users find out which apps have access to their mic. And they will see the new indicator on their screen whenever an app is accessing your microphone. On the other hand, it secures a Mail Privacy Protection.

Check out the list of compatible devices that will support macOS Monterey below. 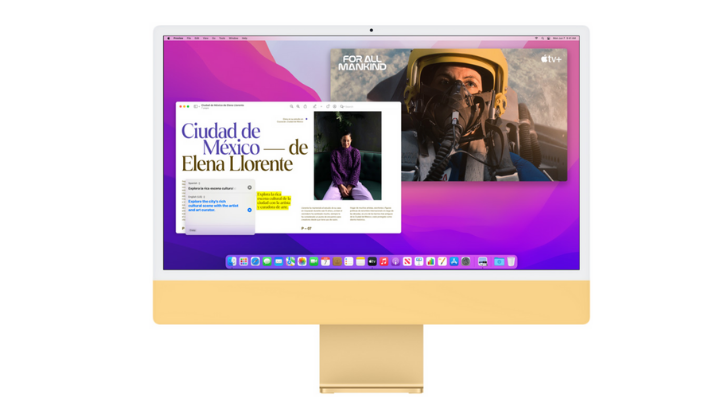 The developer preview of macOS Monterey is now available to Apple Developer Program members, and a public beta will be available to Mac users next month.