Some photos and a preview video of the ASUS ROG Phone 3, the brand’s upcoming gaming phone, is making rounds online. According to the post by Weibo user Digital Chat Station, the gaming phone sports a 6.59-inch FHD+ OLED display with a refresh rate of 120 Hz or 144Hz. This confirms the previous TENAA listing, where it stated that the smartphone will sport a 6.59-inch AMOLED display with a Full HD+ resolution. It also confirms some specs on the listing like the Qualcomm Snapdragon 865+ chipset at 3.09GHz, thickness at 9.85mm, 16GB of RAM, and weight at 240g. The Weibo post, however, said that the ROG Phone 3 will have a 6,000mAh battery. Nevertheless, it still ships with 30W fast charging support. 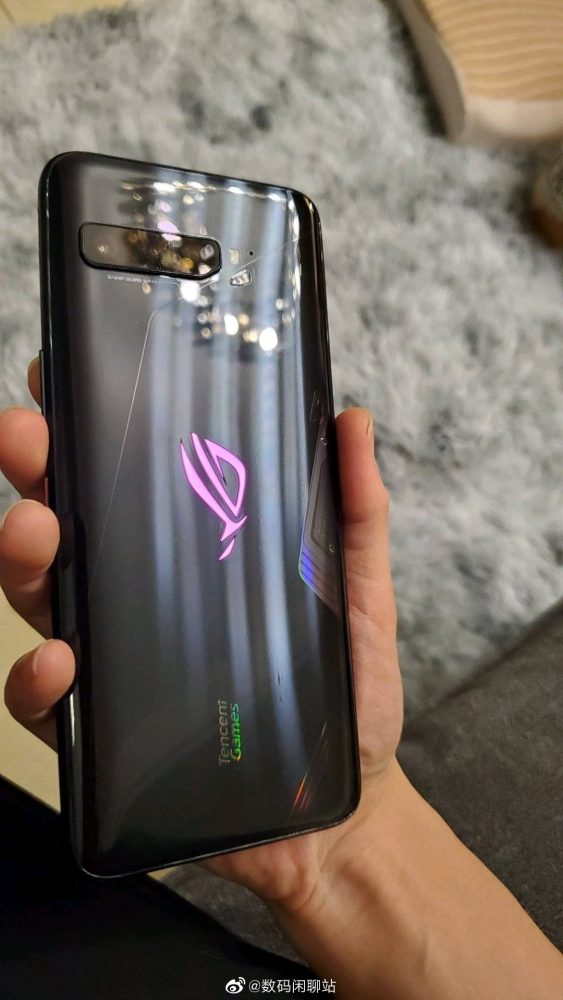 The smartphone retains the iconic ROG logo on the back. Its back panel features a smaller rear camera module and a silver logo of Tencent Games.

A video of the ROG Phone 3 was also seen from Weibo.

ASUS is yet to announce the schedule for the launch of the ASUS ROG Phone 3.