Emtek Group has announced that it is closing the BlackBerry Messenger (BBM) consumer service on May 31, 2019. 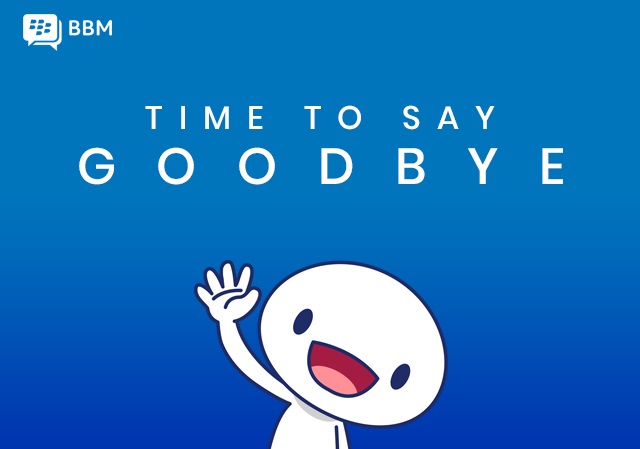 BBM was a popular messaging service that was initially exclusive to BlackBerry devices. It went cross-platform in 2013 with the release of its Android and iOS versions. In 2016, Indonesia-based Emtek acquired licensing rights to BBM and tried to revitalize the app with new features and services. However, it failed to compete with other more popular messaging services in the market.

“The technology industry however, is very fluid, and in spite of our substantial efforts, users have moved on to other platforms, while new users proved difficult to sign on,” the company said in a blog post. “Though we are sad to say goodbye, the time has come to sunset the BBM consumer service, and for us to move on.”

“We are grateful for your support and wish to thank everyone, especially our users, partners, and employees, for being part of the BBM consumer service journey.”

On the other hand, BBMe, the enterprise version of the app, will still continue its services. It is available as a free download on Android and iOS but requires a USD 2.50 subscription fee for every six months.

BBM will continue to operate up to May 31, 2019, after which time the BBM application will stop working.

You can read more about it here.