For the King, Metro: Last Light Redux free at Epic Games Store for a limited time

Epic Games Store has unveiled its free games for a week: For the King and Metro: Last Light Redux. 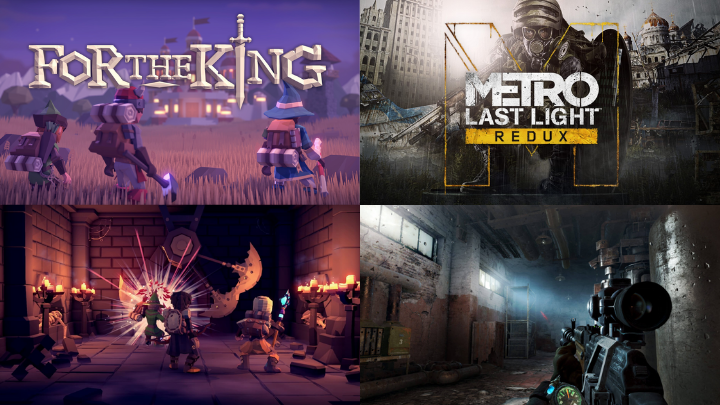 For the King is a strategic RPG that combines tabletop and roguelike elements in a challenging adventure that spans the realms. Each playthrough is unusual with procedural maps, quests, and events. Players may explore Fahrul in either single-player, local, or online co-op. This RPG is developed by IronOak Games and published by Curve Digital.

On the other hand, the Metro: Last Light Redux is a post-apocalyptic-themed, first-person shooter video game featuring stealth and survival horror elements. It shooter game was developed by Ukrainian studio 4A Games and published by Deep Silver.