Usually, when we hear the brand Garmin, we’re already thinking about cars and planes. But the brand has come a long way since 1989 and until now they’re still known for their reliability in GPS navigation. So this is the Garmin Forerunner 245 Music which is a part of their new Forerunner fitness smartwatch series. From the name itself, it’s a little edgier than their previous smartwatches since it can sync with your Spotify and can store up to 500 songs on-the-run. I got to use it for a week, and here are my initial thoughts. 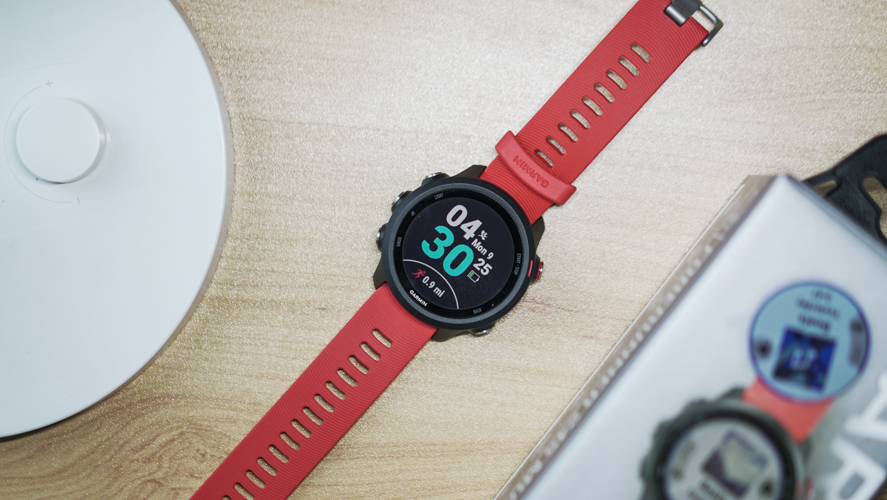 If you’re used to using Samsung Gear, Apple Watch, Fitbit, or other known stylish smartwatches in the market, you might see Garmin’s design as a little unique and old school. Well, looks can be deceiving, and believe it or not, there’s more to this watch. It’s lightweight at 38.5g with a 1.2-inch circular non-touchscreen display with a 240 x 240 memory-in-pixel and Gorilla Glass 3 protection. It’s nice to know that it’s rated for water pressure at up to 50 meters so water won’t be much of a problem. 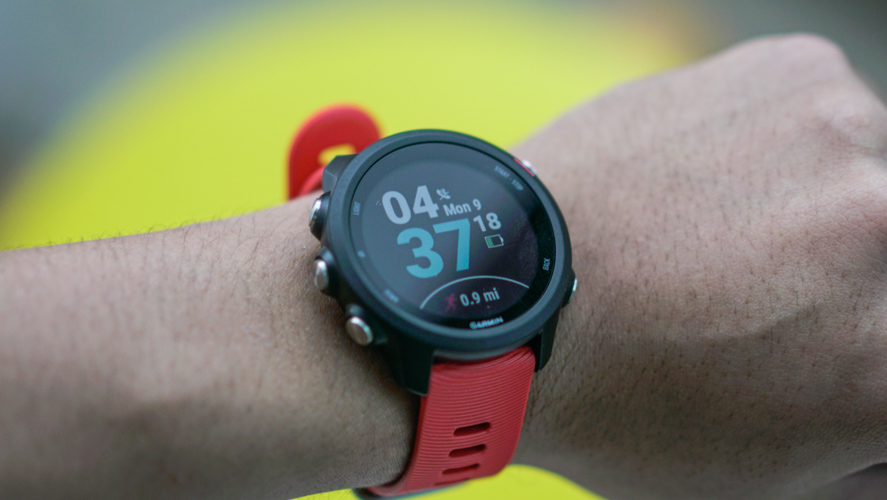 The strap is made out of soft silicone material, and I didn’t find it irritating on the wrist for an extended period or when sleeping thanks to its lite weight. 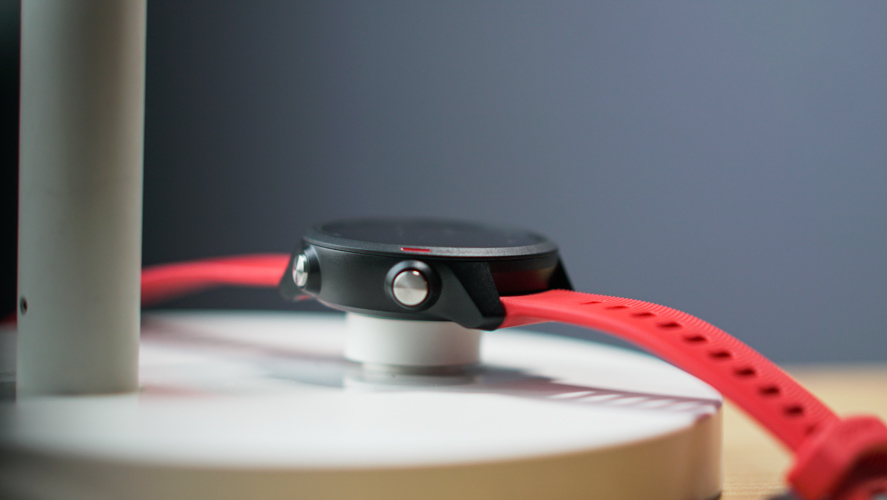 If you’re not familiar with Garmin’s five signature buttons, here’s a run-through: the top right works as a start/stop/select button, while below that is a back/lap button. On the upper left side is the light button, while on the middle left is the menu/up navigation/music trigger when pressed for 3 seconds. The last button on the left works as a down navigation button. 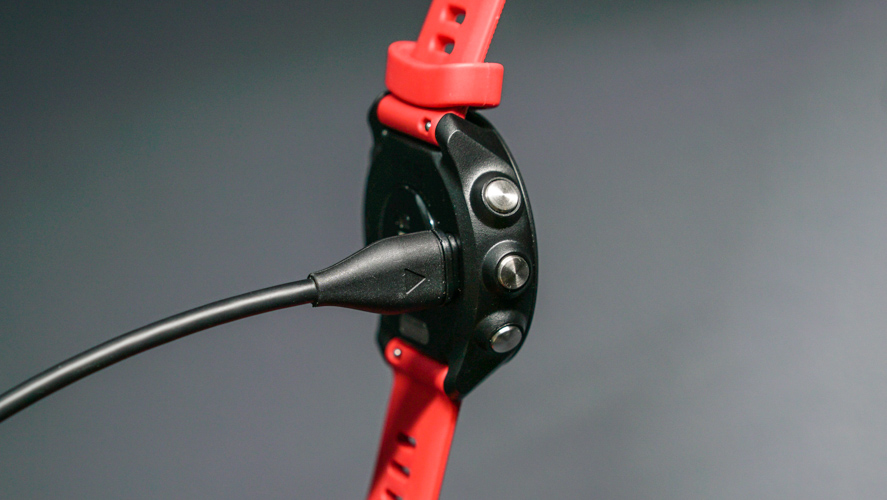 The display is customizable with built-in faces, and I must say that it’s best seen under direct sunlight. The overall ecosystem of the forerunner 245 is straightforward and highly functional. It might take some getting used to but once you get the hang of it, you’ll realize that you can use it on a daily basis for tracking your health and sports activities. 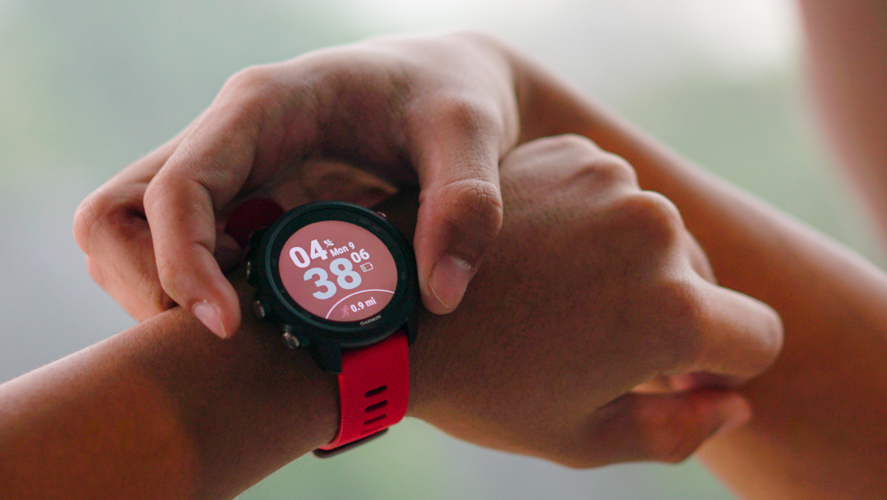 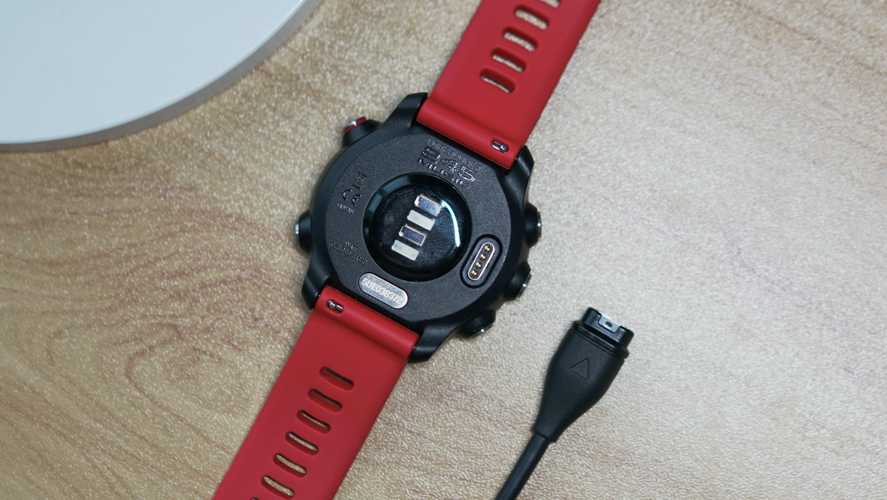 So if you want to get the most experience out of this smartwatch, you have to download its dedicated app called Garmin Connect, and it’s available for both Android and iOS devices. The app is very informational and useful, but it always needs Wi-Fi to sync fully. Just like other fitness watches, you can also connect with your friends who utilize Garmin and challenge them for more motivation and fun. One more thing I like about it is its music feature. You can link your Bluetooth headphones to the Forerunner 245 Music, and it stores up to 500 songs. As for the battery, Garmin claims that it can last up to seven days and in my experience, it’s true, but of course, it might trickle down the longer you use the device. Nonetheless, charging it takes around one and a half to two hours with its unique charger included in the box. 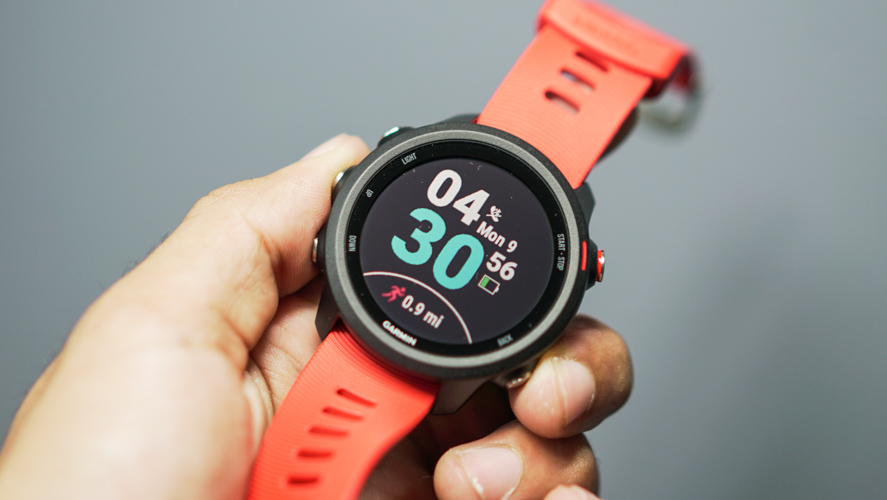 The Garmin Forerunner 245 Music is priced at PHP 24,595, and it can be pricy, but I’d recommend this for serious runners and sports enthusiasts. It’s got almost everything you need in a fitness watch, and you can rely on its GPS feature.