Google has recently launched its latest innovation and communication tool, the Look to Speak app. 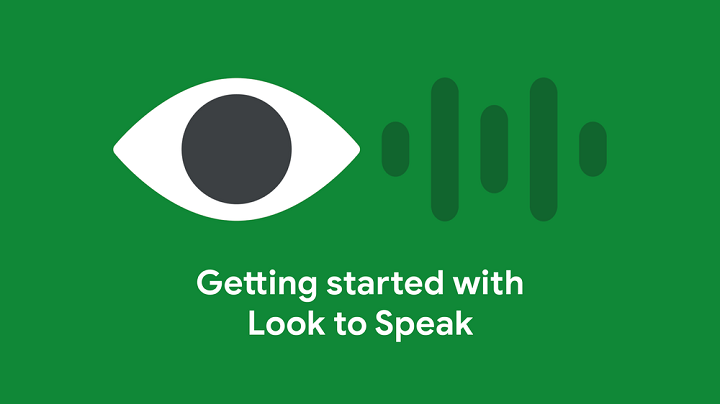 Look to Speak is an Android app that enables people to use their eyes to select pre-written phrases and have them spoken aloud. It is a ‘Start with One’ project, which is part of the “Experiments with Google” platform. The initiative started with the idea that it could be impactful for a person and their community. Google has reached out to a small group of people who might benefit from this throughout the design process.

Look to Speak will help various communities with varied types of temporary, permanent, or situational disabilities.

Richard Cave, a Speech and Language Therapist, mentioned that assistive technology helps a certain community to express themselves. “Eye gaze technology helps people type messages on a communication device and share them using eye movement alone. As mobile devices become more ubiquitous and powerful, with technologies like machine learning built right into them, I’ve thought about how phones can work alongside assistive technologies. Together, these tools can open up new possibilities—especially for people around the world who might now have access to this technology for the very first time,” Cave stated.

Early this year, Cave has started working with a small group of people at Google on this project, allowing people to use their eyes and choose what they want to communicate, and their phone will speak it out loud. 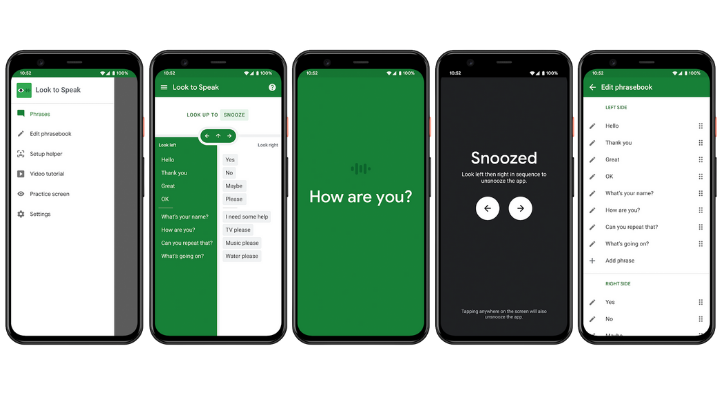 With the Look to Speak app, people have to look left, right, or up to select what they want to say from a list of phrases. The app functions include select phrases, have them spoken aloud, snooze the screen, and edit the phrasebook. It also features the ability to personalize the words and phrases and adjust the eye gaze sensitivity settings. The app also secures all of the data is private and never leaves the phone.

To help people put this app to use, they have created a tutorial and a guide on how to position the phone and use the simplified eye gaze interaction.

Watch the video below to learn more about how the Look to Speak app works:

Look to Speak is available to all, and it is compatible with Android 9.0 and above, including Android One. To download the app, head over to the Google Play Store.