Using the new connected photos tool in the app, users can record a series of connected images as they move down a street or route. Gathered images are captured with ARCore, the same augmented reality technology the company uses to produce the Live View. After users record images and publish them through the Street View app, Google automatically rotates, positions, and creates a series of connected photos. Moreover, they also place those connected images in the right place on Google Maps, enabling the new Street View to be found in the exact location where it was taken for others to see and explore. 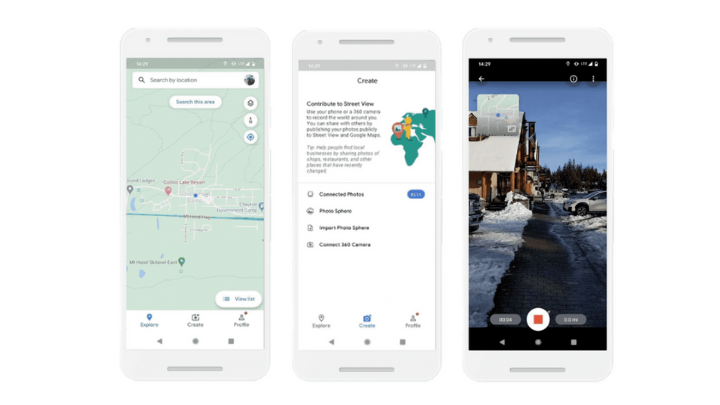 Although Google has its own Street View trekkers and cars which have collected over 170 billion images from 10 million miles around the planet, there are still many unmapped parts of the world. With this, the company has been building new ways to let people contribute their own imagery to Google Maps.

Furthermore, Google will show the primary Street View experience with a solid blue line. On the other hand, other people’s contributed connected photos will appear in the Street View layer on Google Maps as dotted blue lines. While it’s still early days for this beta feature, there are already examples of people adding their own connected photos—from Nigeria to Japan and Brazil.

As cited by Google, the Street View imagery can be used to update Google Maps with details, including the names and addresses of businesses that aren’t currently available on the map. However, it also mentioned applying the same privacy controls, including face and license-plate blurring treatment. They also aim to make it easy for people to report imagery and other contributed content for review.

Anyone can contribute to Google Maps and Street View, making Google Maps more accurate and up-to-date for all.

The connected photos beta feature is now available on the Street View app with an ARCore-compatible Android device in Toronto, Canada, New York, NY, Austin, TX, Nigeria, Indonesia, and Costa Rica. This is expected to roll out in more regions soon.