HTC teased a new VR device for their virtual event on October 14, rumored to be called the Vive Flow. However, leaks of the device have surfaced on the internet. According to Protocol the Vive Flow is a lightweight headset developed under the code name “Hue.” They shared that the headset will be tailored towards multimedia consumption and will have access to casual games. With that said, @evleaks was able to provide a few renders and examples of what the Vive Flow VR headset will look like. Additionally, the source claims that HTC is working on a virtual world of its own called Viveport Verse, which is a service designed to provide real-time interaction across VR and non-VR devices. This gives people the ability to attend events, gather in online spaces, and create their own content. 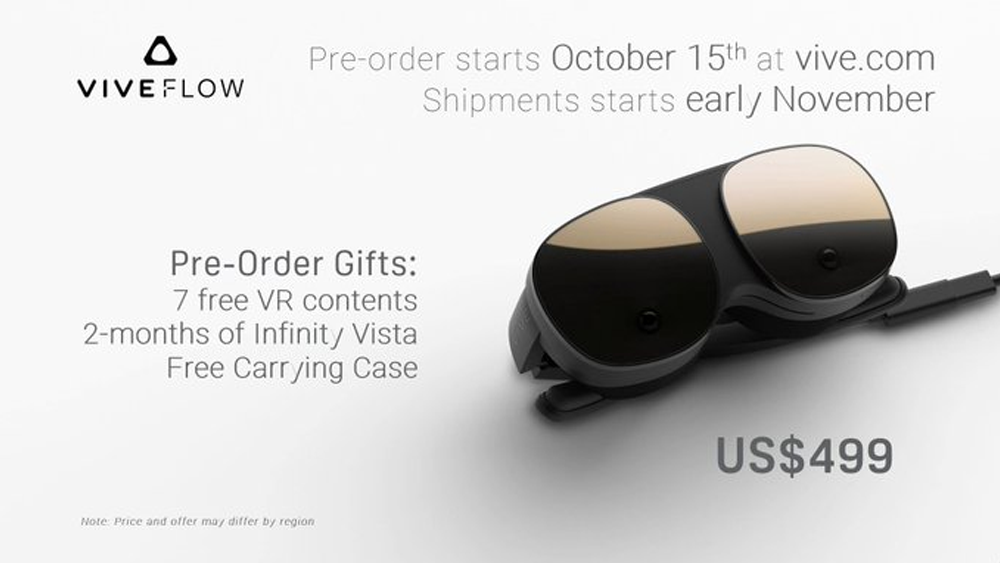 The images leaked shared that the device will have a dual-hinge system, snap-on face cushion, immersive spatial audio, adjustable lenses, and an active cooling system. The leaks also state that the HTC Vive Flow can be pre-ordered starting October 15 and will be priced at USD 499. Pre-order Gifts will include seven free VR contents, 2-months of Infinity Vista and a free carrying case. More information will be provided at its virtual event, stay tuned to our page for more updates.