Huawei has launched its newest wireless earbuds called the Freebuds 3 today at IFA 2019. 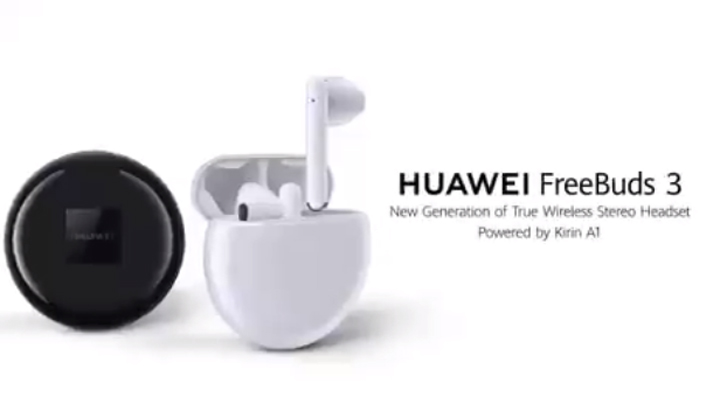 Huawei calls the earpiece’s shape as the Dolphin Bionic design which resembles the dolphin’s head. It also has stems inside the circular glossy shaped casing. The Freebuds 3 sports a 14nm high-sensitivity dynamic driver with dedicated bass tube and latency of 180 milliseconds. Feature-wise, the Freebuds 3 has the Adaptive-Noise Cancellation (ANC) technology which is said to be capable of 15-decibel ambient noise reduction. The company also introduced its newest chipset, Kirin A1, which houses the Bluetooth 5.1 and Bluetooth Low Energy 5.1 which transmits faster sound and decrease power consumption. The wireless earbuds are said to last up to four hours of playback time while the case which serves as the charger can provide up to 20 hours more time.

Pricing and availability are yet to be announced. Stay tuned.

The high-sensitivity 14mm dynamic driver carefully tunes every note so it is restored to its original brilliance.#HUAWEIFreebuds #HuaweiIFA2019 #IFA19 pic.twitter.com/0EQTPbbxxR