The latest HUAWEI WiFi 6+ AX3 router is now available for pre-order in the country. 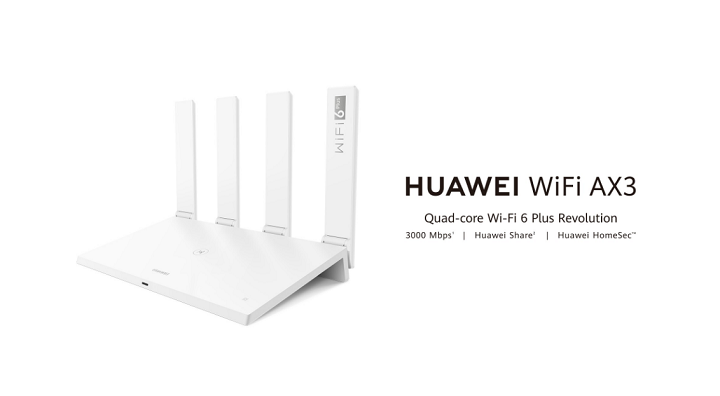 The HUAWEI WiFi 6+ AX3, dubbed as the world’s first-ever WiFi 6+ router, sports the speed of WiFi 6 technology and 3000 Mbps GigaHome Quadcore Chipset. It is instilled by the HUAWEI Share intelligent technology and HUAWEI HomeSec for security.

According to HUAWEI, the latest AX3 router can be used in three ways: as the main router, WiFi extender and booster, as well as the mother system for mesh networking. HUAWEI users may also access the HUAWEI Share feature of the router with just a simple touch.  HUAWEI WiFi 6+ AX3 Quadcore supports connections initiated in NFC devices with tapping on the router. This is ideal for sharing the connection with guests without having to share the password.

Moreover, the HUAWEI WiFi 6+ AX3 is also equipped with the HUAWEI HomeSec, which provides users more reliable security. With its TrustZone Solution, infused by its GigaHome CPU acts like an independent security domain. It also has an Anti-Cracking, Anti-Brute Force Algorithm, WiFi Encryption, and One-Key feature that prevents hackers from stealing valuable information with its auto-identification of non-manual transversal attacks and blacklist feature. This device can also safely protect young children and teenagers from your household by having a site blacklist that protects them from inappropriate content. 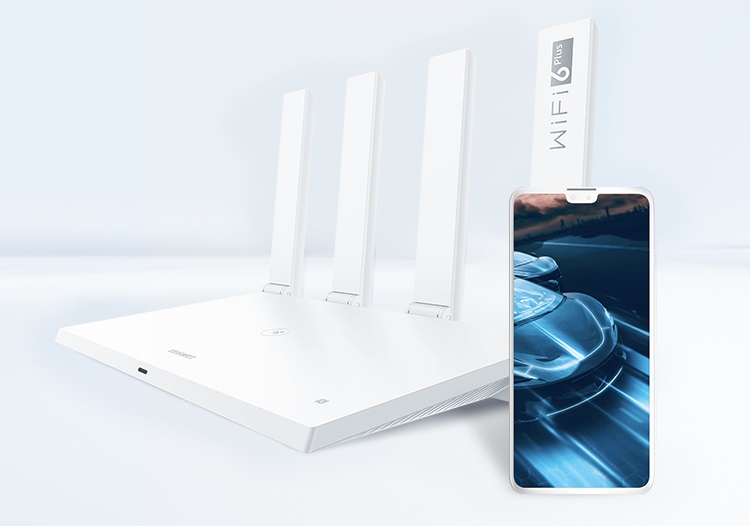 Additionally, this router can be easily managed through the HUAWEI SmartHome App available on HUAWEI smartphones.

On the other hand, another device from HUAWEI is the HUAWEI WS2500. It is equipped with a Gigahome dual-core CPU that provides gigabit network ports and broadband access for up to 500 Mbps of bandwidth. 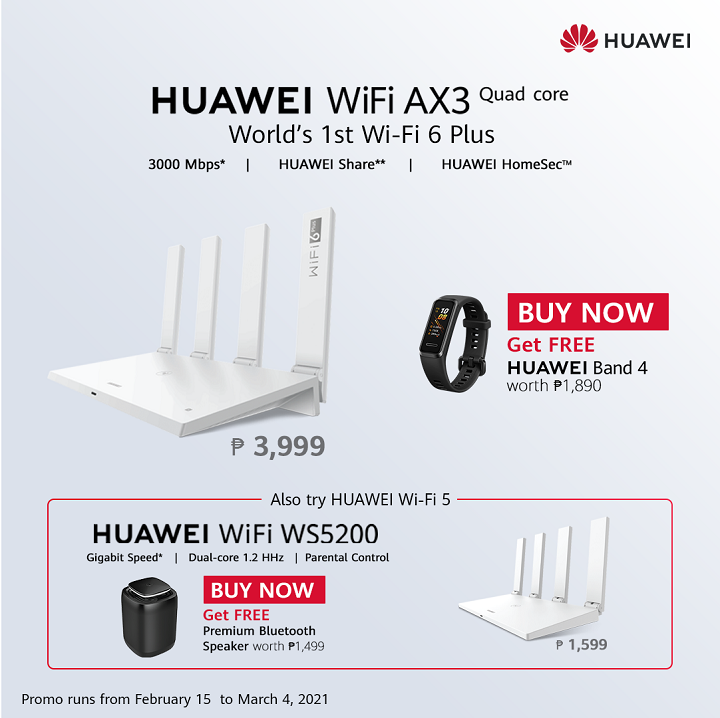 The HUAWEI WiFi 6+ AX3 is now available for pre-order for PHP 3,999. It comes with a free HUAWEI Band 4 worth PHP 1,890. However, those looking for a more affordable one may avail of the HUAWEI WS2500 priced at PHP 1,599, and it comes with a free Bluetooth speaker worth PHP 1,499. Pre-orders for both the HUAWEI WiFi 6+ AXR and the AWS500 are available exclusively on the HUAWEI Store now with freebies until March 4 only. Head over to this link to check out the full list of stores where you can pre-order the said devices.

Does it support 6ghz ?