The worldwide shipments of traditional PCs, inclusive of desktops, notebooks, and workstations, reached 83.6 million units in Q2 2021, up 13.2% from Q2 2020 based on the preliminary results from the International Data Corporation (IDC) Worldwide Quarterly Personal Computing Device Tracker. 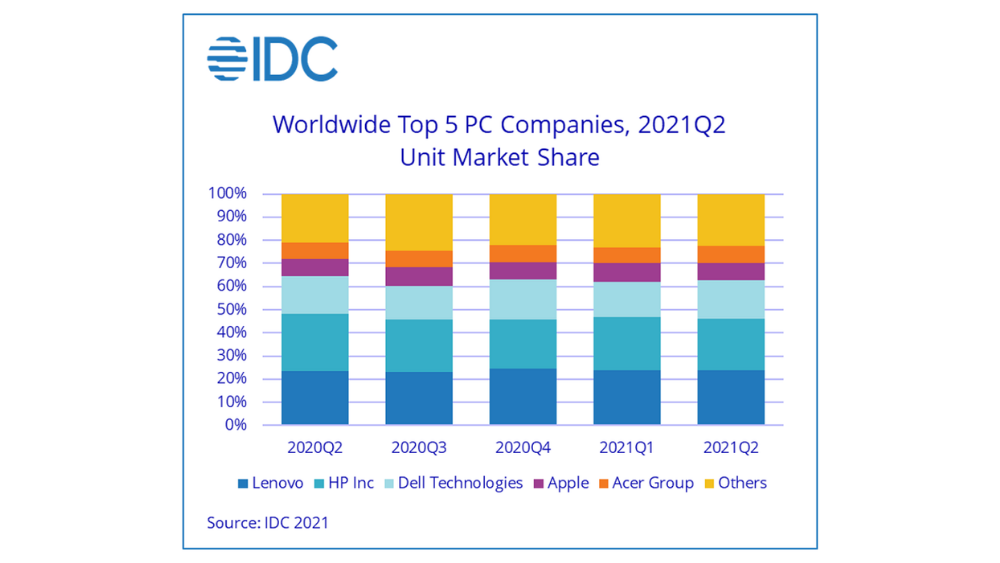 Leading the list is Lenovo with a 23.9% Market Share, followed by HP Inc. at 22.22%, and by Dell Technologies at 16.7%. Moreover, on the fourth spot, Apple and Acer tie at 7.4% and 7.3%, respectively. Note that IDC declares a statistical tie in the worldwide Traditional PC market when there is a difference of 0.1% or less in the shipment shares among two or more vendors.

Check out the table below. “The market faces mixed signals as far as demand is concerned,” said Neha Mahajan, senior research analyst with IDC’s Devices and Displays Group. “With businesses opening back up, demand potential in the commercial segment appears promising. However, there are also early indicators of consumer demand slowing down as people shift spending priorities after nearly a year of aggressive PC buying.”