A lawmaker has proposed a law called the “Cell Phone in Banks Prohibition Act of 2014” that seeks to ban and penalize the use of cell phones and similar devices inside banks as a way to fight criminals that targets the banking industry.

Authored by Rep. Gavini C. Pancho (2nd District, Bulacan), House Bill 5033 or also known as the “Cell Phone in Banks Prohibition Act of 2014” is an Act banning the use of cellular phones or similar devices inside banks and providing penalty for violation thereof. 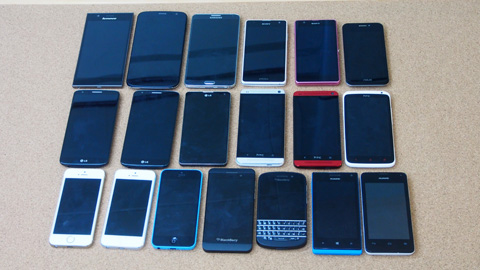 “Criminals have used these communications devices and exploited current technology to upgrade their capabilities in an effort to perpetuate their criminal activities and triumph against our law enforcers and defenders of the state,” said Pancho in the bill’s explanatory note.

Listed below are the prohibitions under Section 5 of the bill:

a) Clients and other persons using their cellular phones or similar personal communications devices will not be allowed inside banking premises, or if already inside, will be directed to remove themselves from the premises;

b) Likewise use of personal communications devices by Bank employees is prohibited in common areas in plain view of their clients and patrons;

Under its Penal Provisions, persons who refuse to abide and insist on using their phones inside the bank shall be punished by a fine not exceeding Php1,000 and will be detained in the detention facilities of the Barangay or Police station. Any bank personnel who fails or refuses to comply shall be punished by a fine of not less than Php2,000 or suspension, or both, if found guilty.

Unless they can provide a study stating that cellphones are direct causes of robberies among banks, this law is in direct violation of Article 3 Section 3 of the 1987 Phil Constitution.

IMO,the above noted Article and Section (Art.3, Sec.3) of 1987 Phil. Constitution is about the protection of people’s privacy in communication-written or oral. It’s a protection against illegal wire tapping/listening or mail interception- nothing to do with owning or using a telecom device anywhere.