Lexus Philippines has officially launched its latest flagship coupe, the LC500, which made its debut as a concept car at the North American International Auto Show in Detroit back in 2012. Many thought that it would end up being one of those concept vehicles that never get past the concept stage and never go into production. Years later however, it’s finally here. 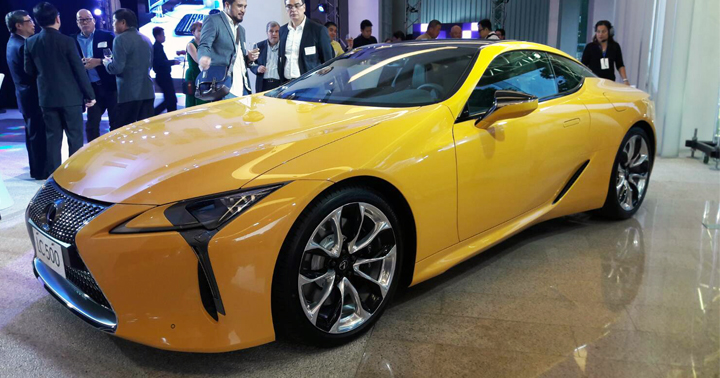 The LC500 is powered by a 32-valve 5.0-l naturally aspirated V8 engine with a maximum output of 477ps/470hp @ 7100rpm, and 389 lb.-ft of torque. Mated to the 5.0 V8 is its 10-speed automatic transmission, which is a first for luxury vehicles. Along with its concept-car like the design, the LC500’s appearance is defined by its swooping aerodynamic shape. With its signature 3D mesh grill and L shaped headlights and taillights, it is definitely an eye catcher.

Along with its cockpit-like design, the LC500s interior is all leather and Alcantara seats and accents all around. The whole interior of the LC has this Takumu craftsmanship in its finish with its attention to detail.

Special features for the interior include an improved infotainment system with a 10.3-inch display, a full-color TFT Heads-up Display (HUD), and a Mark Levinson 13-speaker sound system, which is said to impress everyone with its sound.