LG Philippines has just announced that the LG V20 smartphone is coming to the Philippines at the end of the month. 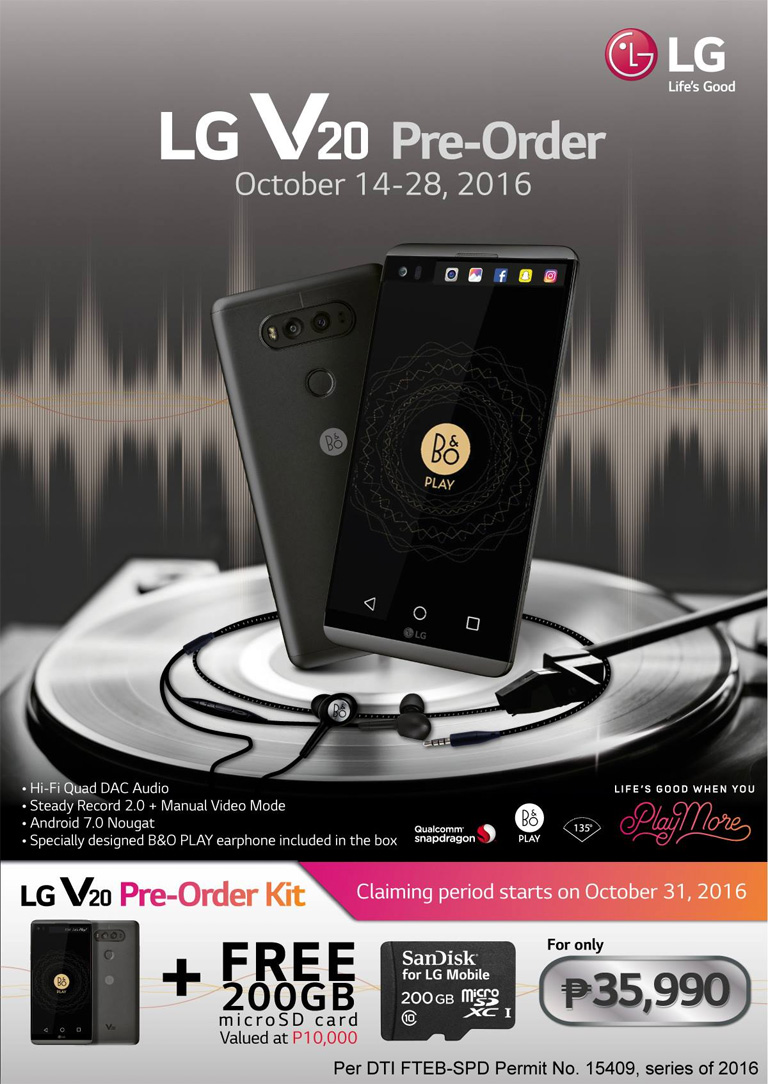 Announced back in September, the LG V20 is the world’s first smartphone to run on the latest Android Nougat 7.0 and feature Hi-Fi Quad DAC Audio.