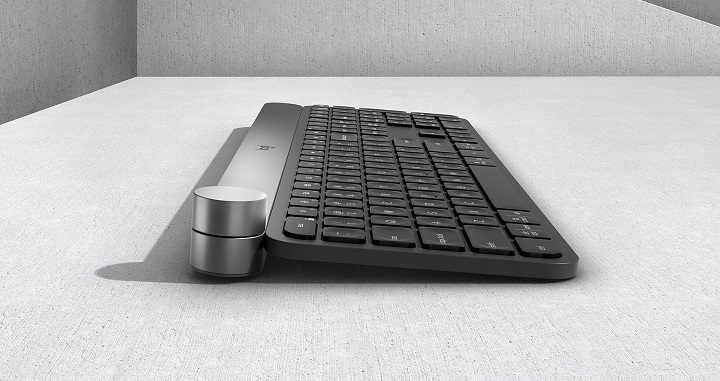 The CRAFT, according to Logitech, is the first keyboard to feature a creative input dial, called the Crown. The Crown recognizes the apps you use and gives you access to the tools you need with a touch, tap and turn. From there you can adjust image brightness, contrast, and saturation in Adobe Photoshop, or create and adjust charts in Microsoft Excel.

In addition to the most common apps, the Crown allows you to adjust the global settings of your desktop, such as navigating playlists in Spotify, scrolling through your open tabs or adjusting volume and screen brightness. The CRAFT also features smart illumination with backlighting which can detect your hands and adjust the lighting automatically depending on the room conditions; as well as the Easy-Switch button, letting you switch between – and type on – any three connected devices, whether you are using a Windows PC or Mac.

CRAFT is designed for the premium desktop experience and complements other Logitech premium accessories, such as the Logitech MX Sound, Logitech Spotlight Presentation Remote, and Logitech MX Master 2S.

The Logitech CRAFT is priced at 199 Euros.