Due to Angkas’ involvement in several traffic accidents, the LTFRB had made a request to the Office of Mayor Abby Binay asking for assistance in apprehending the establishment.

Back in January, Angkas faced another situation in which their operations were stopped by LTFRB for non-coordination with the board.

After an inspection by the authorities, Angkas was found to lack a business permit and failed to produce one within three days. Some 19 Angkas riders were apprehended by the authorities on the third day across Taguig and Mandaluyong City. 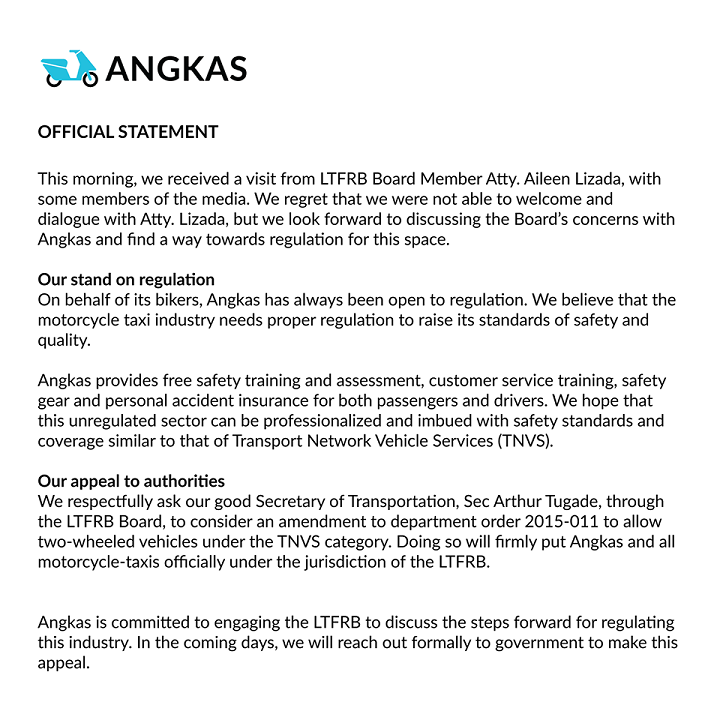 Angkas has released an official statement to address this, saying that they are willing to work with the LTFRB to make two-wheeled vehicles part of the TNVS so that they may be under the board’s jurisdiction.

Those behind Angkas are dumber than those who learned from their first start-up failures. #AngkasPaMore