Without any fanfare or official announcement, MyPhone has begun selling the new MP Infinity 2 Lite in some of their kiosks around the metro. 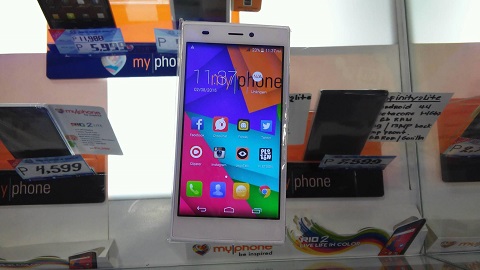 The Infinity 2 Lite has seen some improvements over its predecessor, most notably in the display and battery departments. The newer version now sports a 5-inch Gorilla Glass-laden display with 720p resolution, better rear camera, and a bigger 2,800mAh battery pack.

The new MyPhone Infinity 2 Lite is available in two configurations; one with 8GB internal storage and 1GB of RAM while the other one has 16GB of storage space and 2GB. The former is priced at Php7,399 while the latter can be had for Php8,399.