Netflix and Spotify have announced that they are partnering to launch Netflix Hub on the audio streaming platform so users can access the official Netflix playlists, Netflix Soundtrack Albums, and Netflix Podcasts. 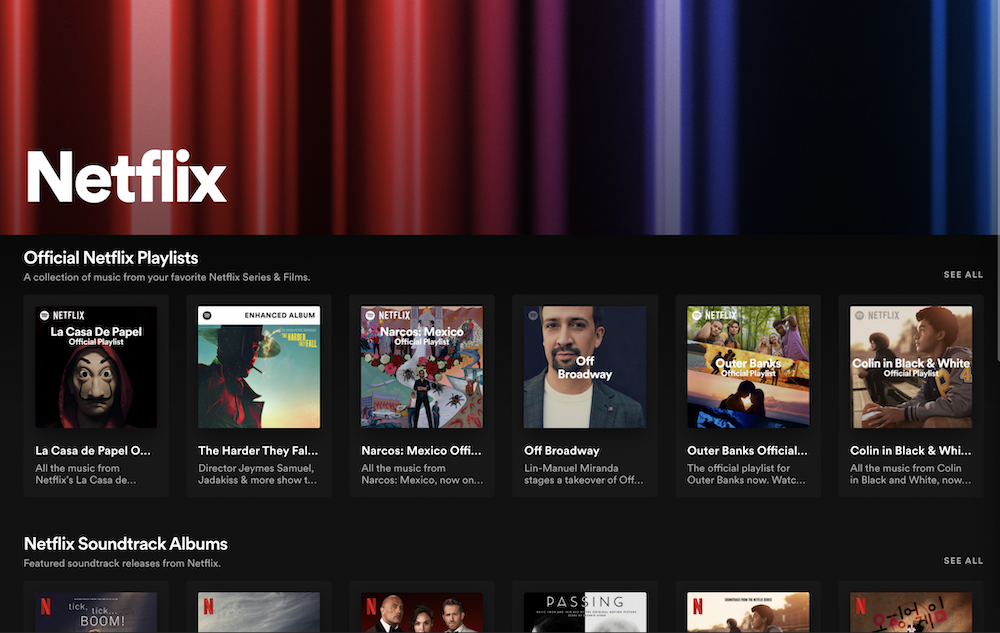 On Netflix Hub, Free and Premium listeners in the U.S., Canada, Australia, New Zealand, the U.K., Ireland, and India can access official soundtracks, playlists, and podcasts, along with exclusive Spotify content.

Users can simply search “Netflix” on Spotify, and they can find all the audio content available related to their favorite Netflix movie or series like La Casa De Papel, Cowboy Bebop, Squid Game, and Red Notice.

There is also a behind-the-scenes look at the creation of the movie’s soundtrack, led by Jay-Z, and the album’s exclusive audio liners from featured artists like Kid Cudi, Koffee, and Ms. Lauryn Hill.

In addition, there’s a refreshed La Casa De Papel destination where fans can find new videos from the cast and the show’s official playlist featuring tracks from the latest episodes.