Netflix to switch from Star Rating to Thumbs Up/Down

Netflix to switch from Star Rating to Thumbs Up/Down

Personalization has been one of the main focus of Netflix to provide the best user experience whether it’s shown on your mobile phone or your big screen TV at home. 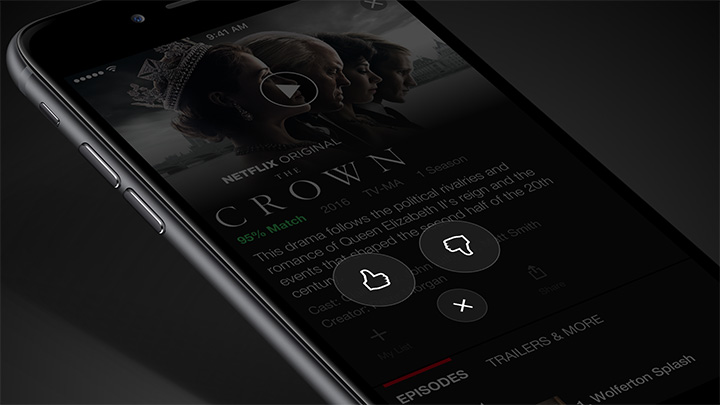 In our session with Todd Yellin (VP of Product Innovation) during MWC in Barcelona and once more at the Netflix HQ in California, he explained all the testing and data analysis done to improve the interface and the recommendation engine.

Among these features they’ve incorporated for some time is the Start Rating (1-5 stars). While it’s a nice feature, they discovered that it does not fit the habits and intent of the of users.

The star ratings represented compatibility — not quality. This means that 4-5 stars indicated that based on your previous viewing habits, Netflix thought you would enjoy a specific title. Given that star ratings have traditionally been used to indicate quality in entertainment, members were sometimes confused about how to think about rating a title and how it impacted their recommendations.

This April, Netflix is launching a new ratings feature (“thumbs”) that enables members to tell us what type of titles they did and didn’t enjoy. This feature helps members have even more control over how their service is personalized based on their unique tastes and preferences.

Based on their testing (Split A/B Tests) on a small cluster of users, there’s a 200% increase in engagement using this new rating system so they’re rolling it out to everyone next month.

We discussed the numerous efforts developed by Netflix to deliver a better user-experience. More on that in our session below with Todd: