Touted as the next-gen “Real World Gaming” platform, Niantic Labs posts a first look into the upcoming Pokémon GO that has its fans waiting in excitement. 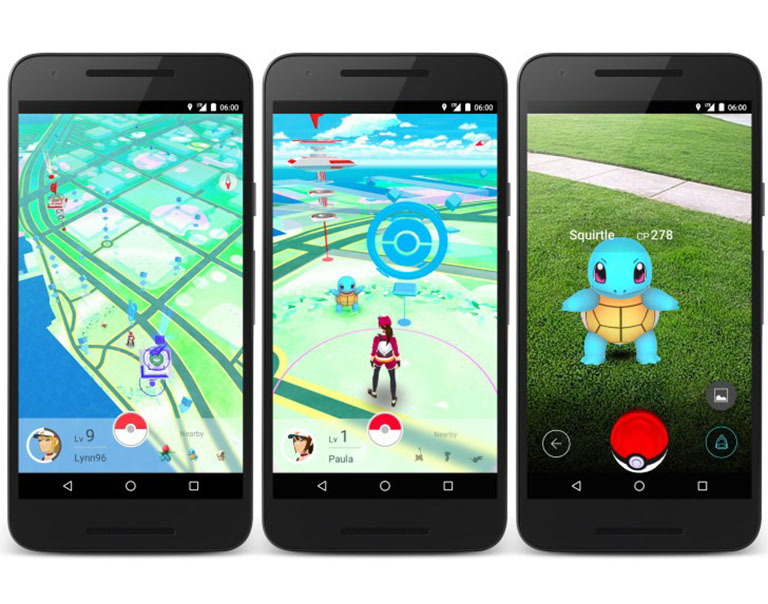 For those still unfamiliar, Pokémon GO uses the latest technology and combines mobile location and augmented reality to simulate a different kind of gaming experience. It will not be the usual kind of Pokémon game that you could just sit and play in your house. No, this free-to-play app will require you to go out and explore places — just like how Ash Ketchum did it.

Niantic mentions that certain wild Pokémons will only appear in their native environments. For example, to catch water-type Pokémons, you would have to go near a lake or an ocean.

Poké Balls will be available at PokéStops which are real-life places such as “public art installations, historical markers, museums, and monuments.”

The game also promotes having real-life battles between other players from different teams. There will be a total of three teams where players could join in and compete over who the Gym Leader will be (inside real world locations, of course).

The blog explains that this is done by “placing their captured Pokémon in a friendly Gym or by battling with an opponent’s Pokémon in another team’s Gym.”

Basically, it sounds like they’re serious in bringing into reality the essence of the old-school game that most players today have grown up with and loved.

There will be an early field test of the game but of course, it will only be in Japan.

Just for fun, which Pokémons do you think will commonly appear in the Philippines once this game is up and running?

and snatchermon and hold-upmon in fun places around manila. goodluck on that!!! hahah!!!!

Hope you guys post when you catch wind of beta test or something :))

We will have plenty of corsolas, pidgeys, magikarp… Hahah

You can play Ingress while waiting for this. Join our TEAM. Enlightened. . https://www.ingress.com/ – Another location based game by Niantic Labs.

On topic, this is just like Ingress then… with Pokemons. I wonder if they’ll use Ingress’ portal data? :D

We will see Ratata and Pidgey here in the Philippines. If we’re lucky enough, we could see Krookodile since marami tayo nya dito sa Pinas.