China Bank Philippines has announced that its non-EMV ATM cards will be deactivated on April 30, 2017. 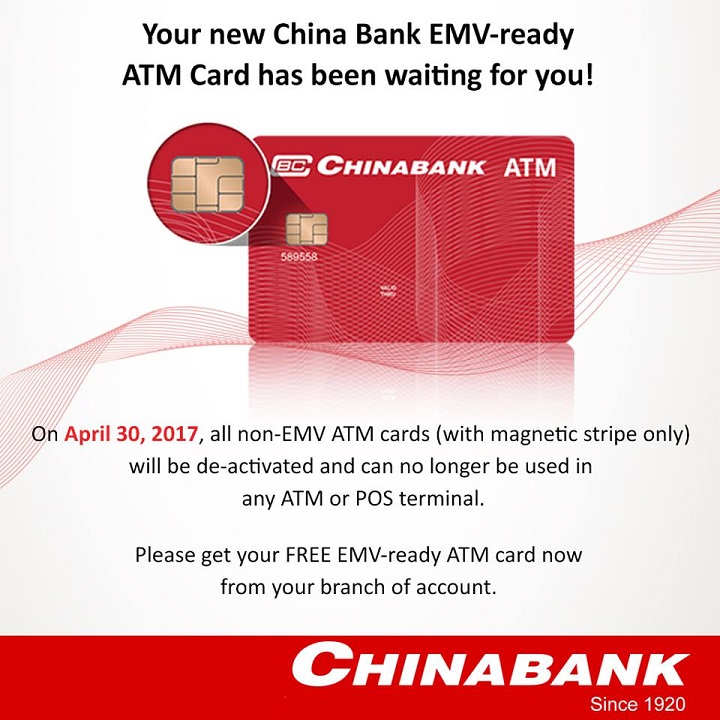 In a recent Facebook post, China Bank Philippines announced that all non-EMV ATM cards (with magnetic strip only) will be deactivated and can no longer be used on any ATM or POS terminal, starting April 30, 2017, Sunday. The bank advises its customers to get their free China Bank EMV ATM Card from their branch of account.

EMV stands for Europay, MasterCard, and Visa. It is a global standard for cards equipped with computer chips and the technology used to authenticate chip-card transactions. Cards with EMV technology provide better security compared to magnetic strip-based cards.