The National Telecommunications Commission (NTC) has given order to telco giants to blast warnings against the surge of ‘new varieties of fake job and other text scams’ now containing the full names of subscribers. 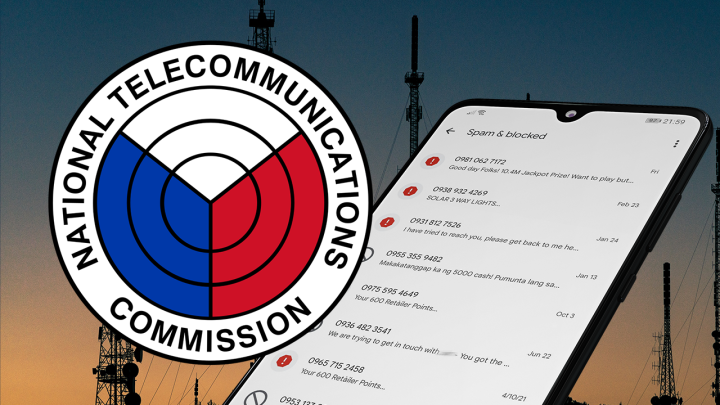 NTC, in issuing their latest memorandum dated August 26 but was only delivered to media on Wednesday, stated that “the proliferation of fake job text, lucky winner, and similar money scams targeting the general public has persisted over the month of August across telecommunications networks in the country with the latest including the name of the recipient.”

The three telco companies, namely DITO Telecommunity, Globe Telecom, and Smart Communications are to text blast their subscribers in accordance with the NTC memorandum from August 31 to September 6, 2022 the following message: 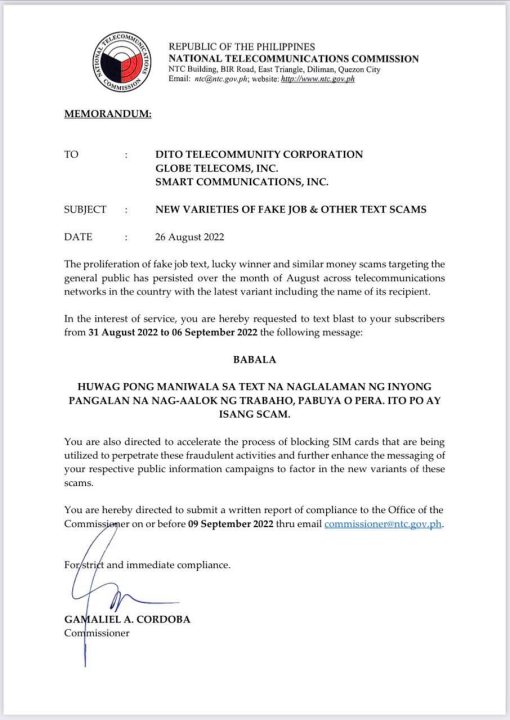 The said three telcos are given a deadline until September 9 to submit written reports of their compliance with the latest NTC directive.

The telco regulator further directed telco companies “to accelerate the process of blocking SIM cards that are being utilized to perpetrate these fraudulent activities and further enhance the messaging of their respective public information campaigns to factor in the new variants of the text scams.”

Furthermore, the National Privacy Commission (NPC) is now investigating the proliferation of such text scams containing the names of subscribers. NPC Commissioner John Henry Naga said that the agency called a meeting with telco companies on Thursday, committing to intensify efforts on technological and security safeguards, against scammers.