NVIDIA has announced that one of their newest GTX 10-Series GPU is now officially available on laptops. 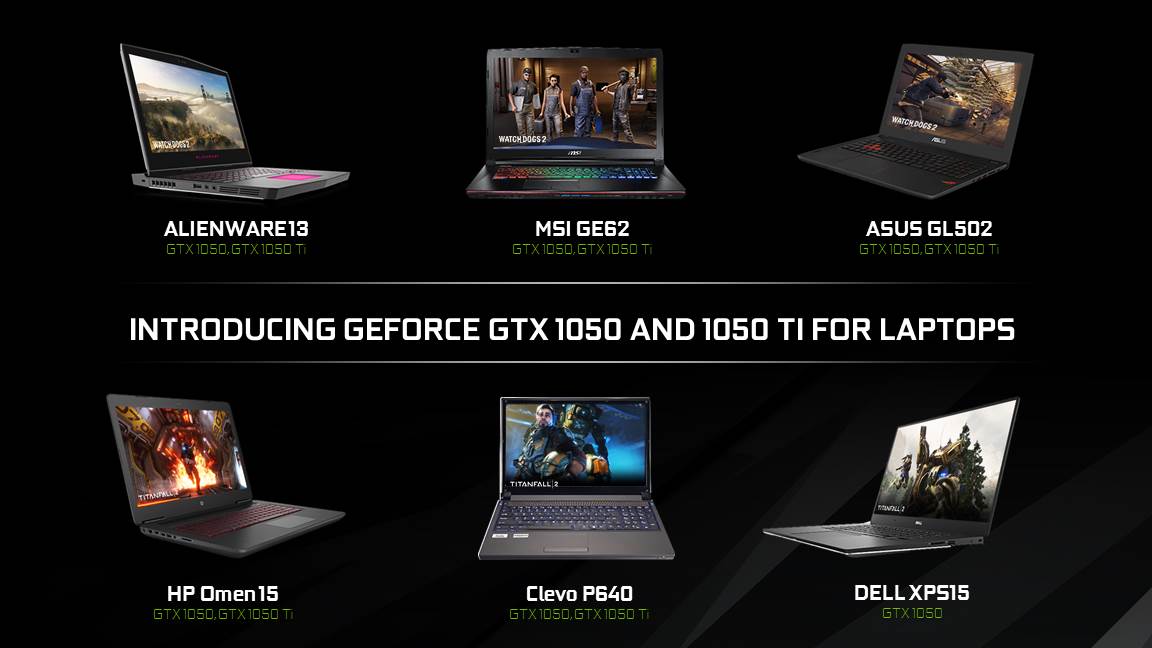 The GTX 1050 Ti and 1050 GPUs can deliver the following features on laptops:

• Achieve up to 3X the performance and power efficiency of previous-generation GPUs.
• Play classic and modern games at 1080p @ 60 FPS with additional support for the latest DirectX 12 features
• Explore advanced graphics technologies like NVIDIA GameWorks that provide a more interactive and cinematic experience.
• Enjoy GeForce Experience–your gateway to great PC gaming. Download Game Ready drivers, keep your games optimized and share your greatest gaming moments.
• Create with NVIDIA Ansel–a revolutionary in-game camera that lets you take professional-grade screenshots.
• Enjoy NVIDIA G-SYNC support buttery-smooth gameplay (on supported models only)
• Put your overclocking skills to use just like you would do on the desktop
• NVIDIA BatteryBoost delivering great 30+ FPS experience but with up to 2x longer battery life while gaming.