OPPO has just confirmed that its upcoming smartphone, the Reno Ace, will come with the company’s latest technology, 65W Fast Charging. 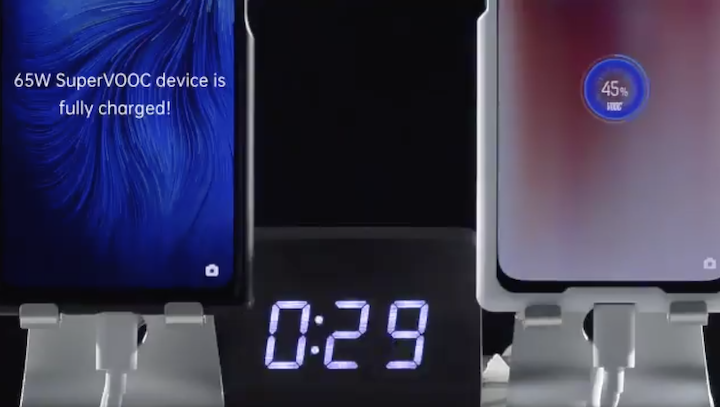 In a tweet by Brian Shen, OPPO’s Vice President, he posted a video showcasing the Reno Ace charging its 4,000mAh battery to a full 100% in just under 30 minutes. This is due to the 65W SuperVOOC Fast Charging equipped in the upcoming device. OPPO has also claimed that the device can also be charged up to 27% in just under 5 minutes. The company stated that they have also “placed five safety protection measures throughout the adapter, wire and handset ends to ensure maximum safety during charging.” 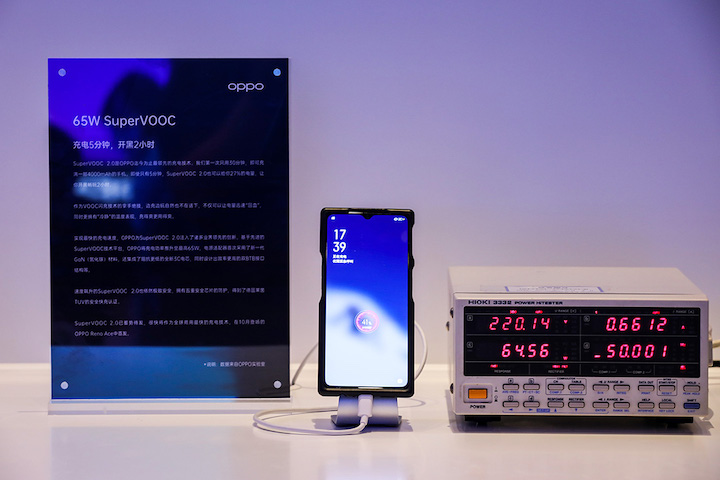 Along with the confirmation of OPPO’s 65W SuperVOOC fast charging, OPPO also unveiled its 30W Wireless VOOC Flash Charge and VOOC Flash Charge 4.0 The 30W Wireless VOOC is said to charge a 4,000mAh battery to full in 80 minutes. It’s also compatible with QI standard and supports 5W/10W charging as well. On the other hand, VOOC 4.0 charges up a 4,000mAh battery up to 67% in just 30 minutes and 100% in 73 minutes.

Apart from 65W SuperVOOC, the OPPO Reno Ace is also set to have a 90Hz display. Stay tuned for more details once OPPO launches the device next month.

After a lot of anticipation about 65W SuperVOOC, let me show you how fast it really is! ? pic.twitter.com/p1UHi18v6Q