The Philippine Statistics Authority (PSA) has announced the launch of the online registration for the country’s national ID on April 30.

The PhilSys is the government’s central identification platform for all citizens and resident aliens of the Philippines. An individual’s record in the PhilSys is considered as an official and sufficient proof of identity.

According to PSA, over 30 million Filipinos have accomplished Step 1 of PhilSys registration. It includes 2.6 million registrations this 2021.

Applicants for the national identification system may now be able to process Step 1 of registration through the upcoming online portal. As per PSA, there will be three steps to register for the Philippine Identification System (PhilSys). Check out the steps below. 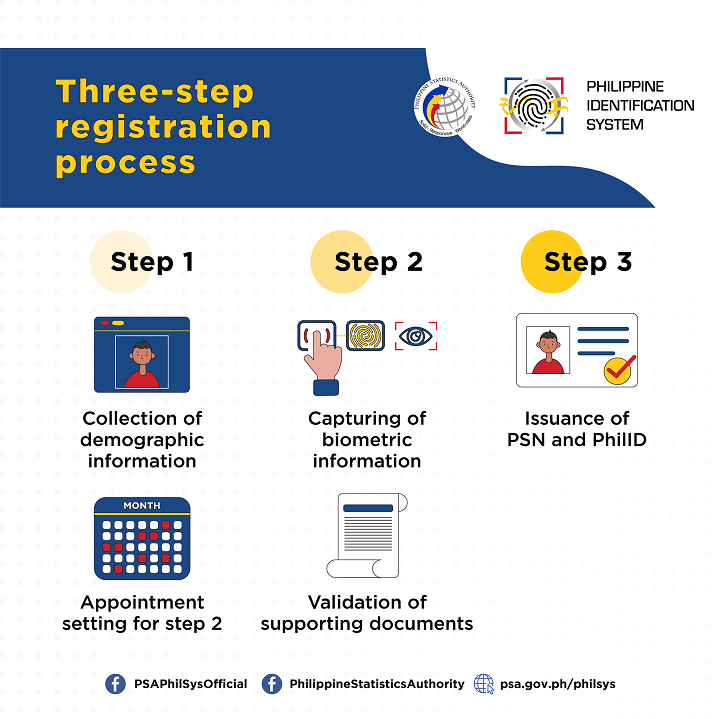 After registering online, applicants will still have to personally go to their chosen registration centers to capture biometric information and validate supporting documents.

The PSA also mentioned that the PSN and PhilID will then be delivered to the applicant via PHLPost.