The other night, PLDT launched their new TelPad landline unit which boasts of a quad-core Android 4.1.2 Jellybean tablet, the 5th model in their line of TelPad units.

The new TelPad unit (landline phone, tablet and docking station) looks almost the same as the previous one although we could no longer determine outright what brand of tablet they were using this time. 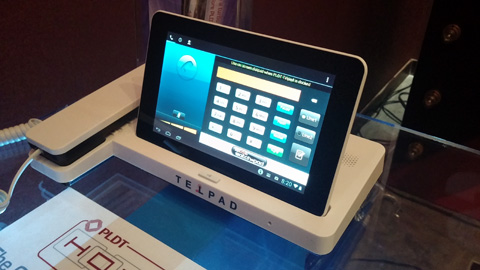 The 7-inch IPS LCD display has a basic resolution of only 1024×600 pixels. There’s WiFI 802.11 b/g/n which connects directly to the WiFi router of the unit, Bluetooth 3.0 and GPS. The 4,100mAh Li-Ion battery is expected to operate up to 6 hours away from the dock.

And if you need to project the display to large TV, there’s MHL to HDMI Interface as well. The rear camera is 3MP while the front camera is merely 0.3MP — not that much if you want to do some video calling of sorts. 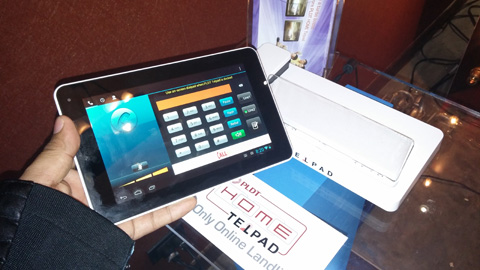 The new TelPad units already come pre-installed with a number of native apps and services from PLDT/Smart — Spinnr (powered by SMART Music), EA Games, movie streaming service from Clickplay, and News5 Everywhere, as well as MyPinoyTV.