Following the release of the realme’s latest C11, the realme C12  key specs have surfaced on Geekbench. 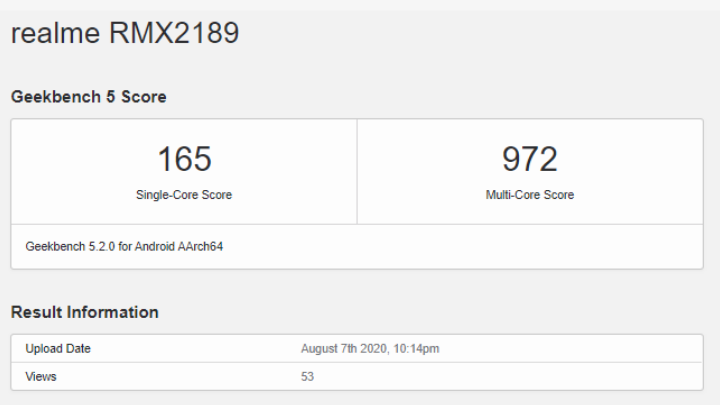 On Geekbench, the realme C12 scored a single-core score of 165 and a multi-core score of 972. The smartphone appears to be equipped with a MediaTek Helio P35 chipset clocked at 2.30GHz. Other details include 3GB of RAM and that it’s running Android 10 under the realme UI. 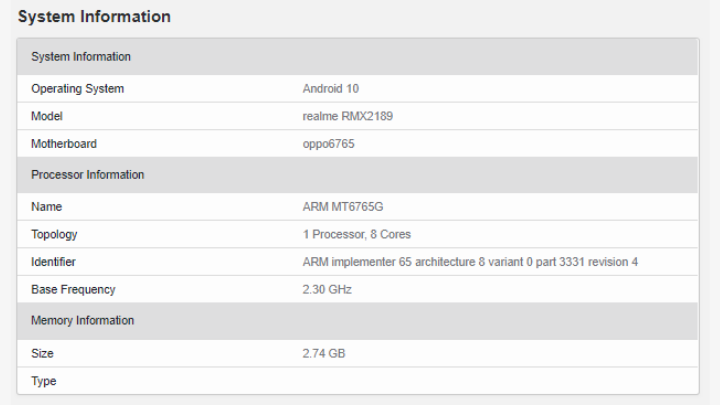 The smartphone is also reported to be seen in various certification authorities in Thailand, Indonesia, Malaysia, and China. Some of the listings suggest that the smartphone has 6,000 mAh battery supporting 10W and 5V/2A charging. It bears the model number RM2189.

The brand has not yet revealed the launch of the realme C12. Stay tuned on our page for more updates.