The realme GT Neo2T is about to launch on October 19 in China, as confirmed by realme. The company recently shared the smartphone’s official poster on Weibo, revealing its launch date and design. 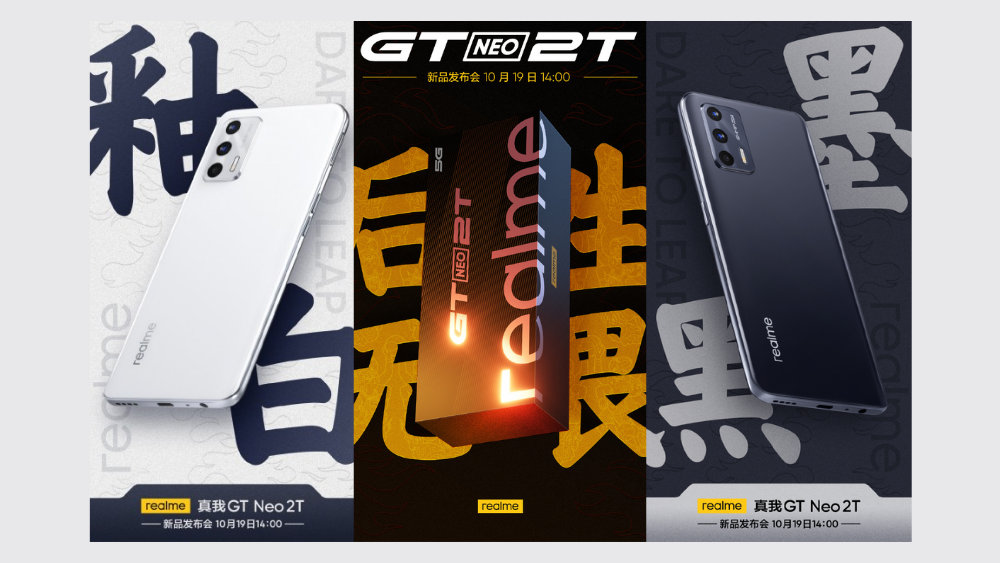 The official poster also reveals that the smartphone will arrive in color options: White and Black. In addition, it will also sport triple rear cameras with a 64MP main shooter and an elongated LED flash.

The poster also shows that the bottom part of the device offers a 3.5mm headphone jack, a microphone, a USB-C port, and an external speaker. On the side, you’ll see the volume rocker and the SIM slot.

However, various reports hint that the smartphone will sport a 6.43-inch FHD+ AMOLED display, a MediaTek Dimensity 1200 chipset, up to 12GB of RAM, and up to 256GB of storage.

realme is yet to share more information about the GT Neo2T, so stay tuned!