Samsung has just unveiled the Exynos 9825, the company’s flagship processor with a 7nm EUV process. 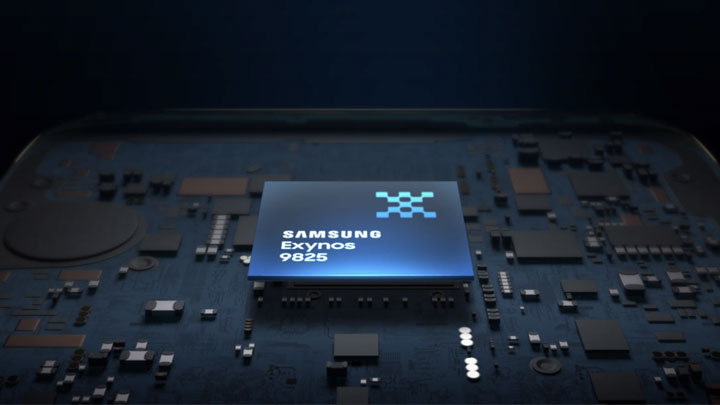 The EUV processing technology is pertained to as extreme ultraviolet lithography, with Samsung stating that the procedure allows to “leverage extreme ultraviolet wavelengths to print finer circuits and develop a faster and more power-efficient processor.” It also features an integrated Neural Processing Unit (NPU). The Exynos 9825 has an octa-core CPU with a tri-cluster architecture composed of a two Cortex A75-cores and four Cortex-A55 cores. The chipset is equipped with Mali-G76 MP12 GPU, 4G LTE-Advanced Pro mode, 8x carrier aggregation, and offers up to 2Gbps download speeds. Samsung has also stated that the Exynos 9825 is 5G-ready when paired with the Exynos Modem 5100.

The Exynos 9825 is expected to ship out with the Galaxy Note 10 in selected markets.