Samsung has yet to announce the Galaxy A51, however, key specs of it have surfaced on Geekbench. 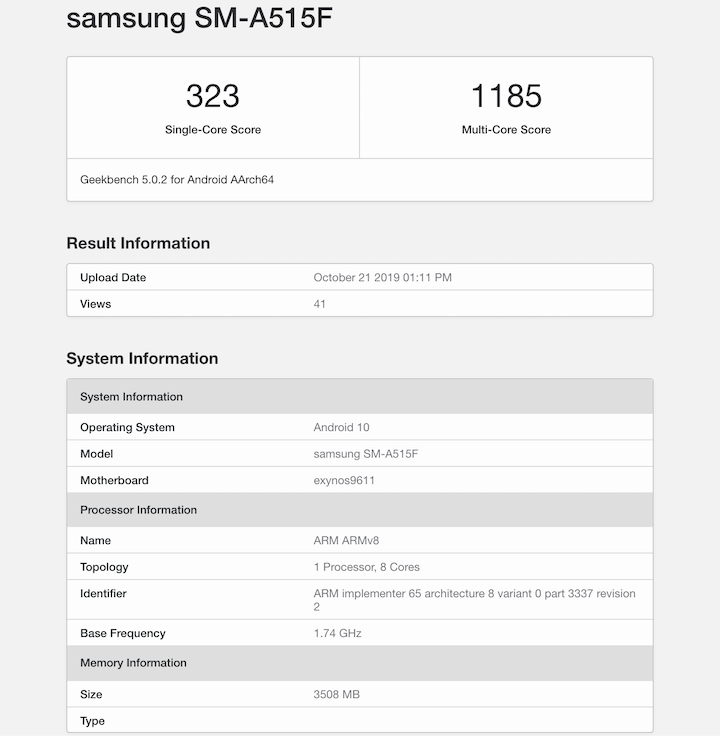 Reports also say that Samsung is set to launch the Galaxy A51 in the first quarter of 2020. Stay tuned for Samsung’s official announcement.