The Samsung Galaxy Alpha was quietly released in the Philippines last week with a suggested retail price of Php29,990.

Announced back in August, the Galaxy Alpha is an obvious rebuttal to the criticism that Samsung only makes plastic-clad flagship handsets. 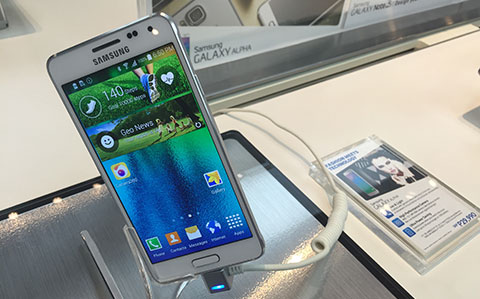 With a smaller form-factor of just 4.7 inches compared to its siblings the Galaxy S4, S5 and Note 4, the Galaxy Alpha comes with a premium metal frame that is very similar to the Note 4. 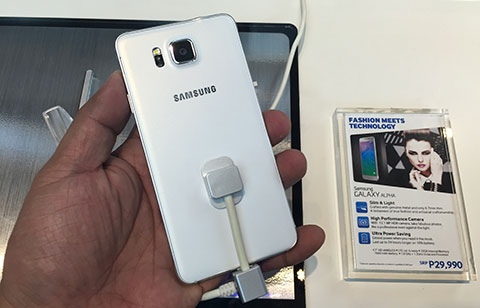 The handset is now available in several Samsung Stores (we saw one in SM Aura) for a retail price of Php29,990.